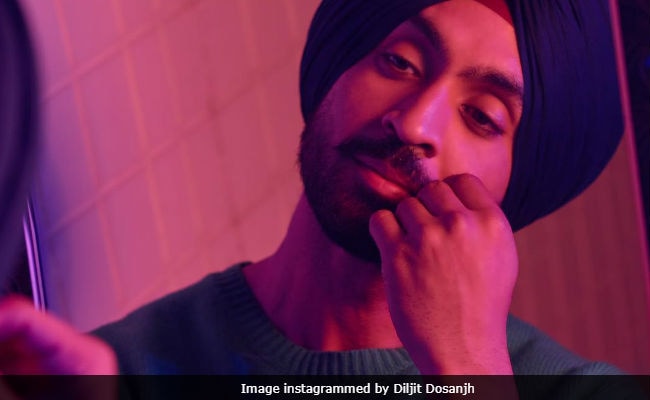 New Delhi: Has Diljit Dosanjh really moved on? The actor singer is no longer commenting Kylie Jenner's Instagram posts (which his fans really looked forward to) and it seems that his new crush is no less than Wonder Woman star Gal Gadot. Now, Diljit's latest comment on Gal Gadot's post is a hit with his fans (over 5 thousand likes). In Punjabi, Diljit said (which roughly translates to): "Because of you my image has been smeared in the Indian media and I regret that I even commented. I've even disturbed Kylie Jenner with my comments. I was just speaking my heart out, but you guys didn't let me do that too?"

Diljit's fans have mostly shared laughing emoticons, indicating that his comment is definitely sending across ripples of laughter on social media - so, Diljit please don't stop commenting. Some fans also suggested he should compose a song and dedicate it to Gal Gadot to get her attention. One Instagram user also said that Gal Gadot is out of his league and the singer should try and impress Kylie.

A screenshot of Diljit Dosanjh's comment on Gal Gadot

And here's what his fans told him: 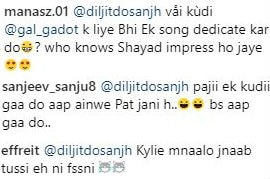 This was Gal Gadot's post, on which Diljit Dosanjh recently commented:

Promoted
Listen to the latest songs, only on JioSaavn.com
There were some rude and even racist comments aimed at Diljit, which are too vile to be reproduced here. Hatters gonna hate, but we love how Diljit keeps it funny on social media.