Kylie Jenner's #1 Fan Diljit Dosanjh Is Doing OK After Pregnancy Reports. But Thanks For Asking 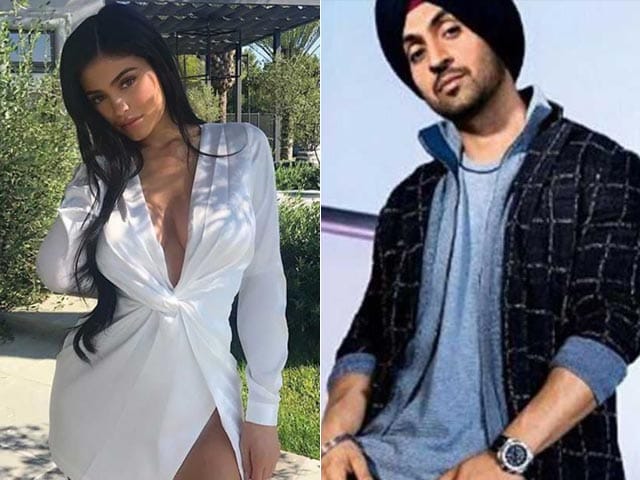 New Delhi: Reality television star Kylie Jenner, best known for featuring in Keeping Up With The Kardashians, featured in headlines after it was reported that the 20-year-old model, who is dating Travis Scott, is pregnant with her first child. Reports of Kylie's pregnancy went crazy viral on the Internet but what bothered a section of the Indian tele-viewers was how singer-actor Diljit Dosanjh will deal with the news. For the uninitiated, Diljit appeared to have confessed having "crushed" on Kylie and had posted comments on many of her social media posts. Diljit even requested Kylie to feature in a video with him (remember when he wrote kithey an ni kudey.. aa ja video karna ek addressed to Kylie Jenner on Twitter?)

Here are the tweets:

I wonder what Diljit thinks/has to say about Kylie's pregnancy

Diljit, who is very active on Twitter, replied with his own tweets, which are absolutely hilarious:

In one of his tweets he wrote, "Main theek theek an, theek an Main" while in another he wrote the lyrics of one of his songs about heartbreak, "5 Taara Theke Uttey Beh Ke Taareya Mai Tera Sara Gussa."

This one Twitter conversation particularly caught our attention. A fan wrote that Diljit may write a song about his broken heat, to which the Udta Punjab actor said: "Karna hee pena. (Will have to do)."

Earlier, in an interview with PTI, Diljit talked about Kylie and said: "I love her very much. Now, more than loving her, what makes me happy is how much people are interested in my comments. I never leave any chance to comment. But she hasn't replied yet, may be soon. Also, I comment in Punjabi, so that she doesn't reply. My people should have fun that's it."

Well, Diljit never fails to amuse his fans with his funny comments and his happy-go-lucky nature.

Promoted
Listen to the latest songs, only on JioSaavn.com
Diljit Dosanjh is known for his Punjabi films like Ambarsariya, Sardaar Ji and Punjab 1984. He made his Bollywood debut with Udta Punjab in 2016 for which he received the Filmfare Award for Best Male Debut.

Diljit, who was last seen in Punjabi film Super Singh, will star opposite Sonakshi Sinha in Crazy Hum. He also has Kaneda in the pipeline with Anushka Sharma and Arjun Kapoor.