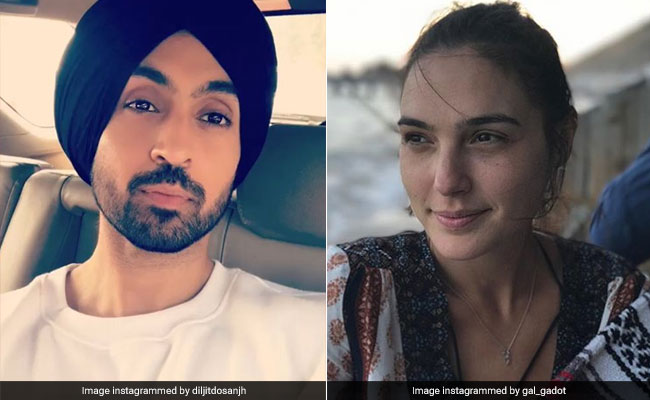 New Delhi: Actor-singer Diljit Dosanjh's comment on Wonder Woman star Gal Gadot's picture on Instagram is winning the Internet. She had posted the picture almost a week ago and captioned it as, "Looking forward to the New Year." The 32-year-old actress looks beautiful in black and white. (Her dress appears somewhat similar to a kurti, an Indian outfit). "Kudi Punjaban lagdi ah..," commented Diljit on Gal Gadot's picture. A section of Instagram users agreed with Diljit and wrote, "sahi bole paaji... pakka Hindustani lag rahi hai," while the others commented that they scrolled for Gal Gadot's picture just to see his comment. Our favourite - "Diljit Dosanjh, Veereey bhabhi hai Bhabhi." 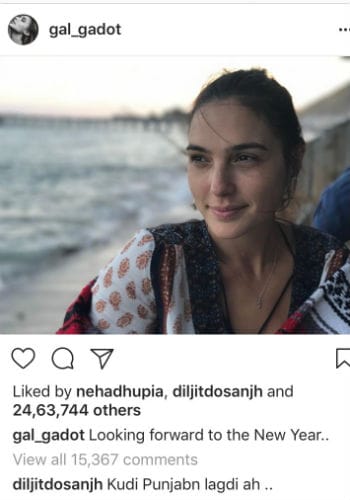 Last September, after Kylie Jenner's pregnancy reports made headlines, a section of the Indian tele-viewers asked Diljit Dosanjh how he was dealing with the news. He replied with his own tweets in a hilarious way and wrote,"Main theek theek an, theek an Main" while in another he wrote the lyrics of one of his songs, "5 Taara Theke Uttey Beh Ke Taareya Mai Tera Sara Gussa."

Promoted
Listen to the latest songs, only on JioSaavn.com
Earlier, in an interview to news agency PTI, Diljit spoke about Kylie and said, "I love her very much. Now, more than loving her, what makes me happy is how much people are interested in my comments. I never leave any chance to comment. But she hasn't replied yet, may be soon. Also, I comment in Punjabi, so that she doesn't reply. My people should have fun that's it."

Diljit Dosanjh, known for Punjabi films like Ambarsariya, Sardaar Ji and Punjab 1984, made his Bollywood debut with Udta Punjab in 2016. He was last seen in Punjabi film Super Singh. He has Crazy Hum and Kaneda in the pipeline.