Why Dharmendra Wants Salman Khan to Play Him in Biopic 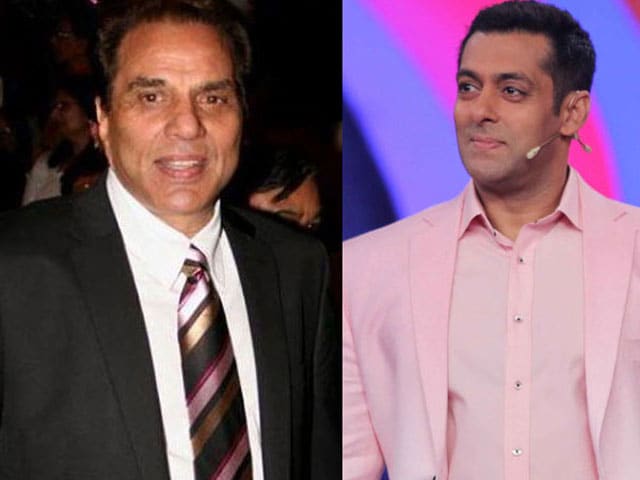 Dharmendra says that there are similarities between him and Salman Khan

Mumbai: Veteran actor Dharmendra, who is busy promoting his upcoming film Second Hand Husband, says if a biopic on him is ever made, then superstar Salman Khan should star in it as he finds many similarities between them.

The 79-year-old actor, who is known to be humorous in real life, said Salman has 'gone on him'.

"I think he (Salman) can do it (biopic). Salman is a darling. He has some habits like me. You all know Salman and his habits well. He has gone on me," he said.

The legendary actor also said he tried to speak to Salman when he was going through the court trial in 2002 hit-and-run case last month.

"I did call him once. But he was busy so I did not disturb him," he said.

Meanwhile, Dharmendra revealed that he was not happy the way Yamla Pagla Deewana sequel turned out on-screen.

"When Sunny (Deol) and I were watching the trial show of this film, I told him it is not going to do well. The story was being stretched a bit too much. The story has to be crisp and quick.

"While we were doing the film I felt it was going good. But I had told the director that this Gorilla is a plus point and present him in a good way but when I saw him on screen I found him weird. It has to be believable. The audience has become smart today," he added.

The Chupke Chupke star is not sure if the third installment of Yamla Pagla Deewana will be made.

"So, we will have to think about next (third part) as lot of money is riding while making a film," he further added.

Dharmendra will be next seen in Second Hand Husband alongside Gippy Grewal and Govinda's daughter Tina Ahuja.