Why Anil Kapoor Apologised To His Mother On Salman Khan's Show 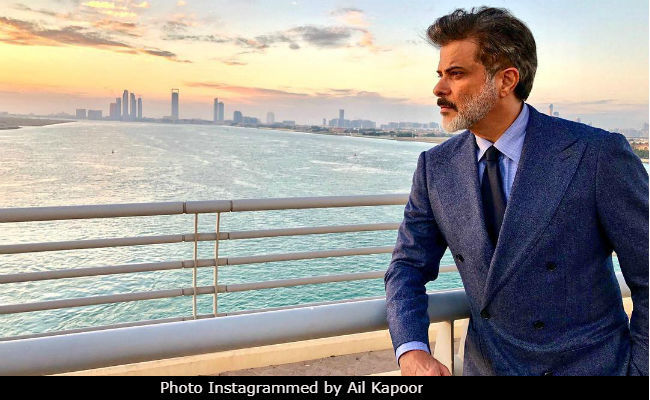 Anil Kapoor at the promotions of Race 3

New Delhi: Team Race 3 joined Salman Khan for one of the episodes of Dus Ka Dum but things turned a little emotional on sets when a certain question asked by the host struck chords with Anil Kapoor, stated a mid-day report. "As part of Race 3 promotions, Anil and the remaining stars of the film joined Salman for one of the episodes. The tone became emotional when Salman Khan asked the question 'How much percentage of people call their mothers at least once a day?' While Jacqueline Fernandez, Bobby Deol and others offered their answers, Anil confessed that he doesn't spend as much time with his mother (Nirmal Kapoor) as he would like to," sources told mid-day. Anil Kapoor turned emotional and "apologized" for not being able to call his mother at least once a day, mid-day reported.

Anil Kapoor said that his wife pushes him to call his mother on daily basis and to stay in touch with his friends as well. "Sunita [his wife] pushes me to speak to my mom every day and stay in touch with my friends. I apologised to my mom on national television because you can never show enough love to her," Anil Kapoor told mid-day.

In the recent past, Anil Kapoor has been busy with the wedding of his daughter Sonam Kapoor. The 32-year-old actress married Anand Ahuja in a traditional Sikh wedding ceremony in Mumbai. The guest list included Amitabh Bachchan, Shah Rukh Khan with wife Gauri, Salman Khan, Aamir Khan, Alia Bhatt, Ranbir Kapoor, Kareena and Karisma Kapoor with Saif Ali Khan and many, many more.

Anil Kapoor, who will be next seen in Race 3, is also busy promoting the film with the cast. Anil Kapoor is the only constant who has been retained from the prequels. The 61-year-old actor plays the role of a business tycoon Shamsher in the Remo D'Souza-directed film. It was earlier reported that he will be introduced through a "high octane" action scene. Anil Kapoor's entry scene will reportedly involve an adrenaline pumping car chase sequence and rounds of gun shot.

Promoted
Listen to the latest songs, only on JioSaavn.com
Anil Kapoor, who is very active in social media shares updates on his film frequently. Take a look:

Race 3 is being headlined by Salman Khan and also stars Jacqueline Fernandez, Daisy Shah, Saqib Saleem, Bobby Deol and Freddy Daruwala. Race 3 is all set to hit the screens on Eid this year.