Race 3: No Body Double, It's Very Much Anil Kapoor Who You'll See In His 'Larger-Than-Life' Entry Scene 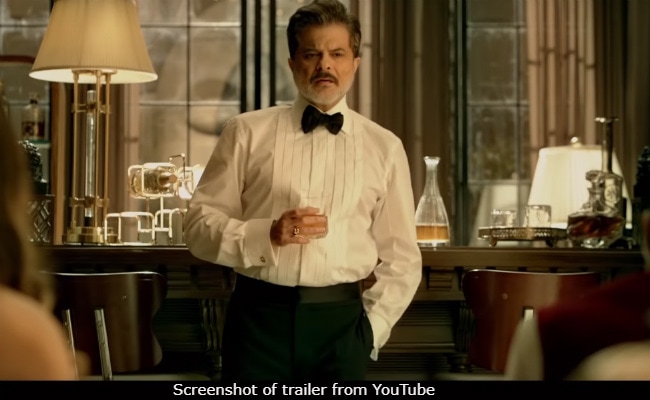 Anil Kapoor in a still from Race 3 trailer (courtesy YouTube)

New Delhi: Expect all sorts of awesomeness from Anil Kapoor's opening scene in Race 3. The 61-year-old actor, who plays the role of a business tycoon Shamsher in the Remo D'Souza-directed film, will be introduced through a "high octane" action scene, reported mid-day. And, to add to it all, the blockbuster action scene will reportedly see no body double because Anil Kapoor has decided to do the stunts himself, reported mid-day. Anil Kapoor's entry scene will reportedly involve an adrenaline pumping car chase sequence and rounds of gun shot. "It is a car chase sequence that sees him firing at his opponents as the vehicles move forward in full speed," mid-day quoted a source as saying.

The director said that Anil Kapoor's entry scene was initially planned to be on a comparatively smaller scale but after a discussion with the stunt directors, he decided to make it real big. Anil Kapoor even underwent training sessions ahead of his stunts in the film and this is what Remo told mid-day: "Though initially visualised on a small scale, we decided to make it larger-than-life. I designed the scene with the action directors. Anil sir refused to use a body double. He underwent training sessions in Abu Dhabi before we shot it."

Meanwhile, even before the film's release, the climax of Race 3 has created a lot of buzz after Remo D'Souza shared the details about it. In a statement, Remo said that heavy security was required as "live explosions" had to be made for "a very real treatment for Race 3. 15 luxury cars including Aston Martin, Maserati, Ferrari and Lamborghini were also blown up for the climax sequence.

"Salman Khan ensured that the gruelling schedule that would otherwise take 10 days to shoot was completed in just 5 days. We had three separate units that were shooting simultaneously on set. The live explosions also had the military's presence for security concern. The entire sequence was an event in itself," said Remo.