While Kartik Aaryan Is Training For "Something Big," Kiara Advani Is Waiting On Set

"Yes take your time we are all waiting for you on set," Kiara Advani wrote in a comment 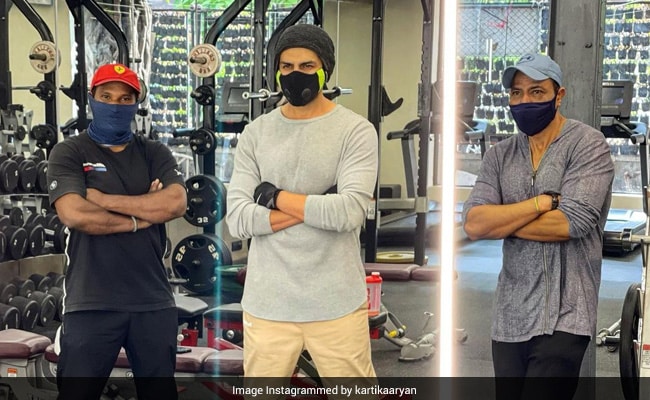 Kartik Aaryan knows how to keep fans hooked to his social media feed. The actor's latest Instagram post has him hinting at a new project. The Pyaar Ka Punchnama star did not divulge any details but just shared a picture of himself in a gym. Kartik is wearing a light grey T-shirt with a pair of beige pants and a beanie.

The 30-year-old wrote in the caption, "Training for something big #NextFilm #SuperPumped".

While fans were guessing about the next big project Kartik is working on, Kiara Advani's comment solved the mystery. "Yes take your time we are all waiting for you on set. Thanks to you, I'm getting to take a nap also!" she wrote. Kiara is Kartik's co-star in Bhool Bhulaiyaa 2. The film is the second installment of the horror-comedy Bhool Bhulaiyaa. 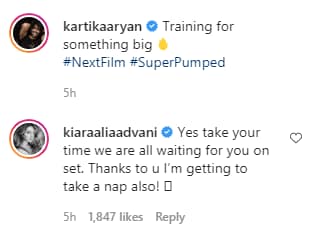 Speaking of his new projects, reports surfaced last year that Kartik will star in the remake of the superhit Telugu film Ala Vaikunthapurramuloo, which featured Allu Arjun.

Now, according to Pinkvilla, Kartik's Luka Chuppi co-star, Kriti Sanon might join him for this remake. "The Kriti-Kartik pairing won acclaim from all quarters and that's the reason why the makers are keen to have them back together in this Rohit Dhawan directed film," a source was quoted as saying. However, the actor is yet to confirm if he will indeed be part of this film.

Kartik has Ram Madhvani's action thriller Dhamaka in the pipeline. He will also act opposite Janhvi Kapoor in Collin D'Cunha directed Dostana 2.

Amitabh Bachchan Shares Another ROFL Post. This Time About His Green Boots