When Ranveer Singh Could Not Take His 'Eyes Off' Deewani Deepika 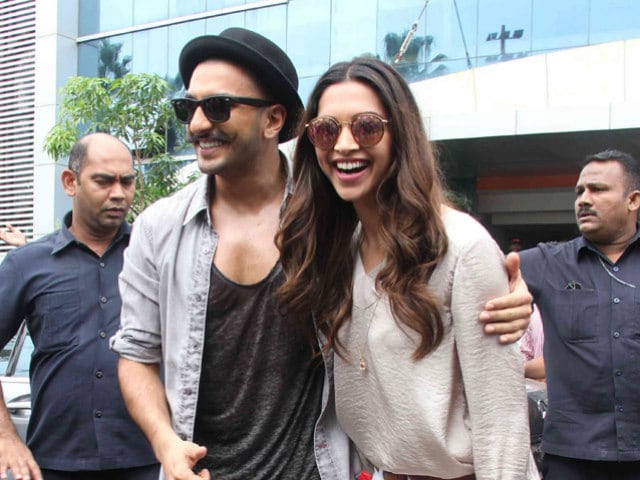 Ranveer and Deepika photographed at an event in Pune.

Mumbai: Actor Ranveer Singh, who stars alongside his rumoured girlfriend Deepika Padukone in Sanjay Leela Bhansali's Bajirao Mastani, said that he couldn't take his eyes off her in the forthcoming historical romance's new song Deewani Mastani.

The song, which was launched on October 17, features warrior queen Mastani (Deepika) in all her beauty. (Also Read: Deewani Deepika is Fascinating in New Bajirao Mastani Song)

Ranveer shared his thoughts about the song, which has been sung by Shreya Ghoshal and Ganesh Chandanshive on Twitter on October 24. It seems Ranveer hinted with a wink that he finds it difficult to not admire Deepika, even on the silver screen. (Also Read: Deepika Padukone, Ranveer Singh's Aashiqui at the Airport)


I couldn't get my eyes off Her in this song either! ;) #BajiraoMastanipic.twitter.com/0b6RLkmrGT