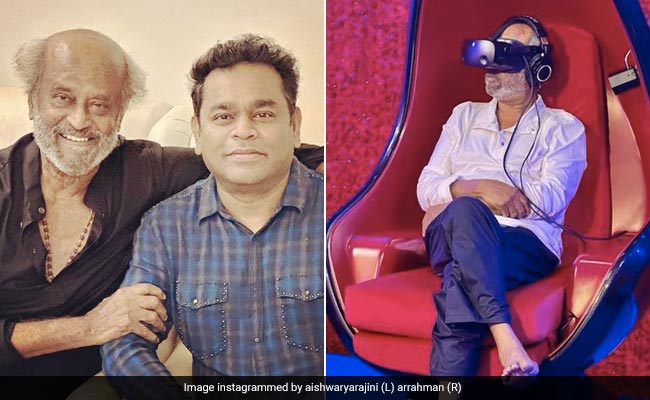 Rajinikanth recently watched AR Rahman's virtual reality film Le Musk, pictures from which the Academy Award winning composer shared on his social media handle. AR Rahman shared a picture of the legendary actor watching the film. "Check who is watching Le Musk Superstar Rajinikanth," AR Rahman captioned the post. Meanwhile, Rajinikanth's filmmaker daughter Aishwaryaa also posted a picture of her dad with AR Rahman. In a separate shot, she can be seen posing with the duo. "When two amazing human beings meet and you happen to be the reason ..you are blessed and of course they are the best! AR Rahman Sir and Appa," she wrote.

Rajinikanth was last seen in the 2021 film Annaatthe, co-starring Nayanthara and Keerthy Suresh. The actor's next project is titled Jailer.