Total Dhamaal kicks off with Aamir Khan, Madhuri Dixit and others 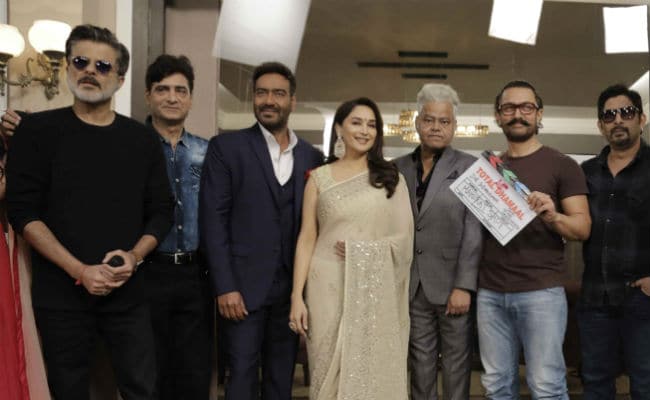 New Delhi: Superstar Aamir Khan along with Madhuri Dixit, Anil Kapoor and Ajay Devgn gave the mahurat clap for the shooting of Total Dhamaal in Mumbai, today. In the pictures, we see that Anil Kapoor, Madhuri Dixit and Aamir Khan along with the film's team pose together. It is also reported that Aamir Khan directed the shot and director Indra Kumar assisted him, Madhuri Dixit switched on the camera and the mahurat shot took place in the presence of other stars of the film including Ajay Devgn, Arshad Warsi, Boman Irani, Javed Jaffery and Sanjay Mishra. Total Dhamaal is the third film in the comedy entertainer franchise Dhamaal and will definitely be a laugh riot. 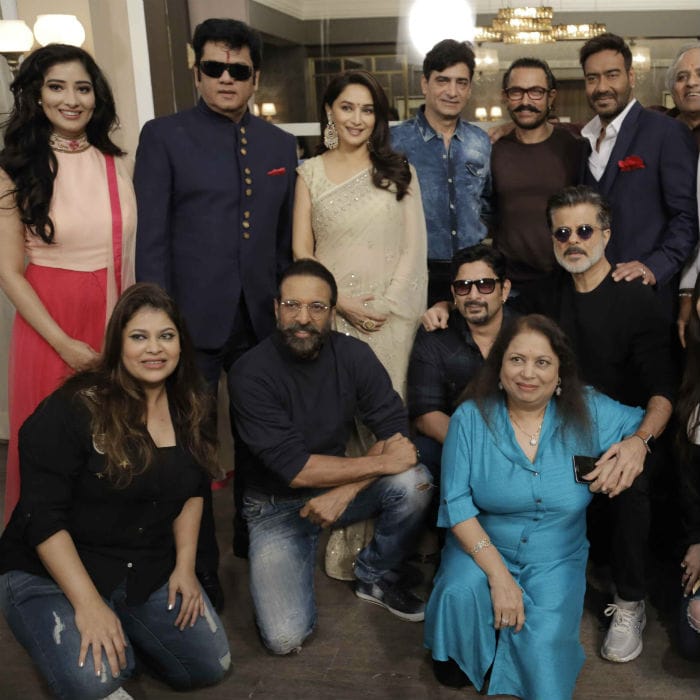 Total Dhamaal is a reunion of sorts for Madhuri and actors Ajay Devgn and Anil Kapoor. Ajay and Madhuri were last seen together in Yeh Raaste Hain Pyaar Ke and Lajja in 2001 while Anil Kapoor and Madhuri have been one of the most superhit Jodis of Bollywood that featured in several films with Pukar being the last one in 2000.

On Tuesday, Madhuri shared a picture with her co-stars along with the caption, "Worked with each one of them individually and now we all come together for Total Dhamaal...look forward to the fun times."

Worked with each one of them individually and now we all come together for #totaldhamaal...look forward to the fun times pic.twitter.com/dbR9RLBcJU

Earlier, Ajay Devgn also updated about the film's shooting schedule and tweeted this:

Of working again with Madhuri after 17 years, Anil Kapoor told mid-day, "I am really excited to work with Madhuri. We have worked on some amazing ventures in the past. It is always fun to associate with a co-star who understands you. Be it in Tezaab (1988), Ram Lakhan (1989), Beta (1992) or Pukar (2000), people have always loved and appreciated our pairing. We hope to entertain the audience again and create the same magic."

Apart from Total Dhamaal, Aamir Khan will also star in Thugs Of Hindostan, co-starring Amitabh Bachchan while Anil Kapoor has Fanne Khan with Aishwarya Rai Bachchan in the pipeline.