Katrina Kaif, who is awaiting the release of the much-awaited film Jagga Jasoos, 'bumped into' Sidharth Malhotra on Saturday 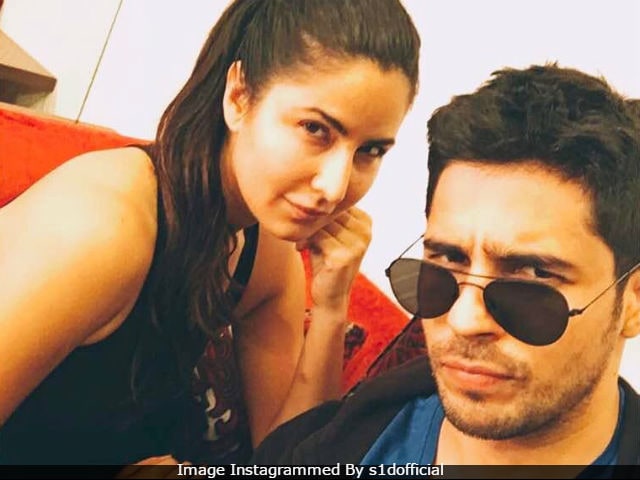 New Delhi: Actress Katrina Kaif, who is awaiting the release of the much-awaited film Jagga Jasoos, recently met Sidharth Malhotra, or rather they 'bumped into' each other. Katrina and Sidharth together co-starred in the 2016 film Baar Baar Dekho. Sidharth shared a picture from there surprise meet with the caption, "I think I have a #jasoos behind me #bumpedinto @katrinakaif." Sidharth is seen giving a confused look while Katrina stares right into the camera. In Jagga Jasoos, Katrina stars opposite her rumoured ex-boyfriend Ranbir Kapoor. The film is Anurag Basu's much-delayed project. Jagga Jasoos is now scheduled to release on July 14.

I think I have a #jasoos behind me #bumpedinto @katrinakaif

She is also sweating out in style at the gym late in the night.

Promoted
Listen to the latest songs, only on JioSaavn.com
Katrina Kaif is currently filming Tiger Zinda Hai with Salman Khan. The film is a sequel to their 2012 blockbuster film Ek Tha Tiger, directed by Kabir Khan. Both Katrina and Salman will reprise their roles of Tiger and Zoya in the film. Tiger Zinda Hai is being directed by Ali Abbas Zafar. A few days ago, the film was being shot in Abu Dhabi. Tiger Zinda Hai releases this year during Christmas.

Sidharth Malhotra on the other hand, is will be seen in Reloaded, opposite Jacqueline Fernandez. He also has Ittefaq with Sonakshi Sinha in the pipeline.