When Jackie Shroff 'Felt Like a Star.' It Involved Abhishek Bachchan 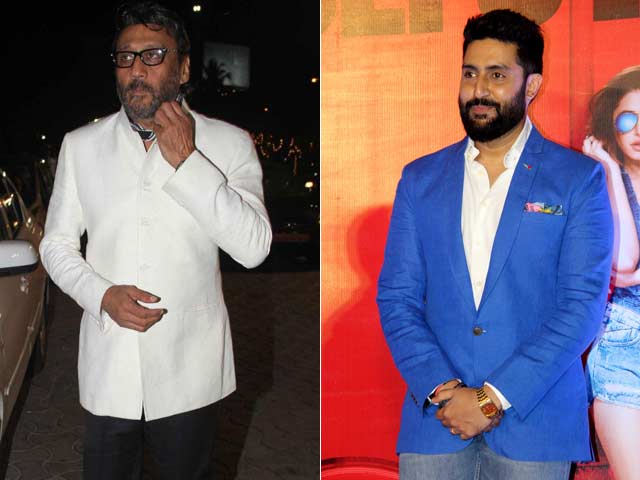 Mumbai: Actor Jackie Shroff has revealed that he felt like a star when Abhishek Bachchan, as a child, asked for his autograph.

"I was shooting for a film when Abhishek Bachchan and his sister Shweta came to take my autograph. I was in a hotel room when I was informed that Amitabh Bachchan's children want to meet me and want my autograph. I felt like a star," Jackie Shroff told reporters at the trailer launch of his new film Housefull 3, which also stars Abhishek.

"Abhishek is a very focused and dedicated actor. He is a great kid," Jackie said.

Abhishek, who was also present at the event, said that Mr Shroff is the only actor whose autograph he has taken.

"Nargis is a lovely, beautiful girl and is hardworking. Lisa has done a good job in the film while Jacqueline is a good actor and dancer and she looks fabulous. She is working with my son Tiger in a film," said Mr Shroff.

Mr Shroff also praised his other co-stars in the film - Akshay Kumar and Riteish Deshmukh.

"Akshay is badmaash and so is Riteish," he said in a lighter vein and added "but both are good at their work."

Mr Shroff was thankful to producer Sajid Nadiadwala for casting him in Housefull 3.

"Sajid is a good guy. He launched my son Tiger in the film industry and is taking good care of him," he added.

Housefull 3, directed by Sajid-Farhad, is scheduled to release on June 3.