When Is This Pic From, Fan Asks Shah Rukh Khan. "Dinosaur Age," He Tweets Back 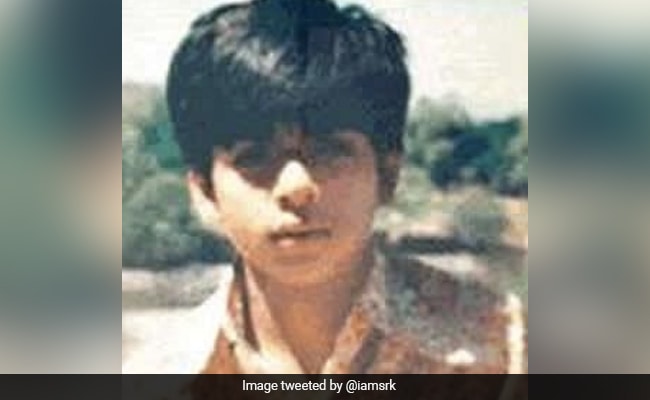 We just chanced upon one helluva throwback of Shah Rukh Khan, thanks to his fan. On Wednesday, SRK was busy interacting with his fans through an #AskSRK session on the micro blogging site Twitter. During the session, SRK tried to reply to as many tweets as possible and he did good. One fan of the actor posted a throwback picture of SRK on Twitter and he asked: "What year is this photo?" Shah Rukh Khan adding a dose of humour to his reply, wrote: "Dinosaur age I assume." If his reply didn't crack you up, we don't know what will.

From the Dinosaur age I assume https://t.co/V6SJVQ91eu

Among other tweets, enquiries about Shah Rukh Khan's next project and his big announcements kept popping up during the session. The actor set the record straight for once and all. "Announcements are for airports and railway stations my friend... Movies ki hawa toh khud ban jaati hai," he tweeted.

The actor will next be seen in Pathan, which is being directed by Siddharth Anand and it is being produced by Aditya Chopra's Yash Raj Films. While Shah Rukh Khan will play the titular role, Deepika Padukone and John Abraham have reportedly been roped in as his co-stars. Deepika Padukone debuted in Bollywood opposite Shah Rukh Khan in 2007 film Om Shanti Om and then they co-starred Happy New Year and Chennai Express - all three films were box office hits.