When in Kolkata, Amitabh Bachchan Speaks in Bengali 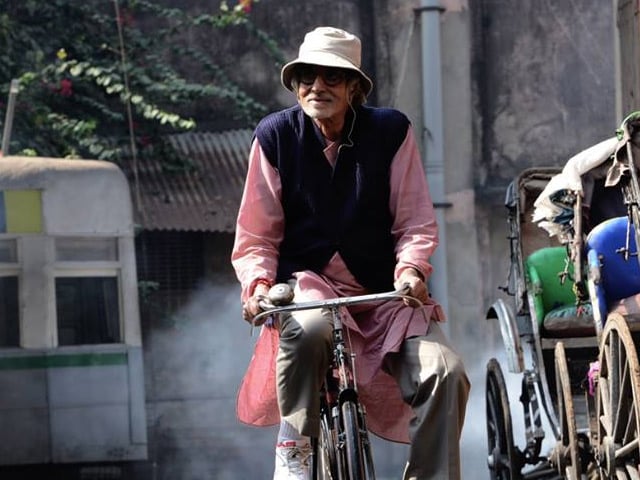 Kolkata: Megastar Amitabh Bachchan prefers to have conversation in Bengali with Piku director Shoojit Sircar on the sets during shooting in Kolkata, where he had spent seven years of his life.

"He is a kid on the sets. He converses with us in Bengali. If you present him with an idea, something of substance and importance, he will believe it," said Shoojit, who is shooting for Piku with the actor.

The Madras Cafe director, who is also a Bengali, said he is glad that Mr Bachchan knows his mother-tongue.

Promoted
Listen to the latest songs, only on JioSaavn.com
During 1962-69, the actor had lived in Kolkata before shifting to Mumbai to join Bollywood. Since then he has worked with a number of Bengali film directors like Hrishikesh Mukherjee, Shakti Samanta and Rituparno Ghosh. Even during the opening ceremony of the Kolkata International Film Festival recently, he had delivered his speech with an impressive smattering of Bengali.

For the Vidya Balan's film Kahaani, he had lent his voice to the inspirational song Ekla Chalo Re by Rabindranath Tagore in Bengali. Mr Bachchan also launched the first look of Bengali film Open Tee Bioscope on Monday evening, which is co-produced by Shoojit.