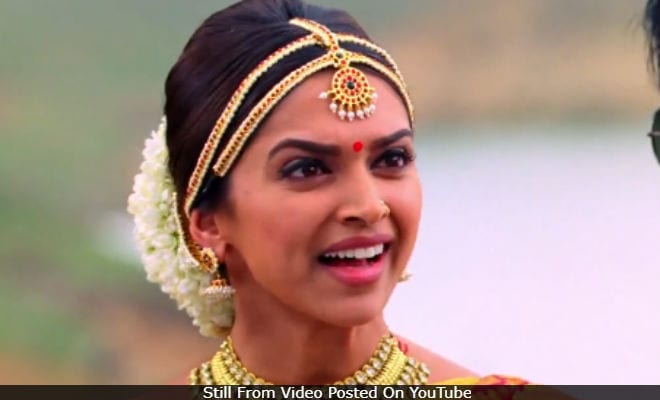 Remember Meenamma, the role which Deepika Padukone played in 2013 film Chennai Express? It's clearly etched in everyone's mind. As Chennai Express completed five years, Deepika shared a sweet memory attached to the film. She posted a behind-the-scenes video on Instagram and captioned it as, "When a possessed Meenamma took over the sets of Chennai Express." A portion of the video is from the scene when Meenama kicked Rahul (Shah Rukh Khan) while he was fast asleep after she got a nightmare. In the hilarious video, SRK, director Rohit Shetty and the team Chennai Express can be seen laughing at Deepika, as she imitates Meenamma.

when a possessed Meenamma took over the sets of #ChennaiExpress

Chennai Express, an action comedy, was one of the highest-grossing films of 2013. It was shot in Mumbai, Goa and Kerala. The film tracked the story of Rahul, who boards Chennai Express, and during the journey, he meets Meenamma, daughter of a don. Rahul and Meenamma fall in love later. Sathyaraj (Baahubali's Katappa), played Deepika's father while TV actor Nikitin Dheer featured as Thangabali, her fiancé.

Last seen in "Padmaavat", Deepika has the indefinitely postponed film with Irrfan Khan in the pipeline. Shah Rukh Khan's next film is Zero, in which she co-stars with Katrina Kaif and Anushka Sharma. Zero, directed by Aanand L Rai, is expected to release later in December.