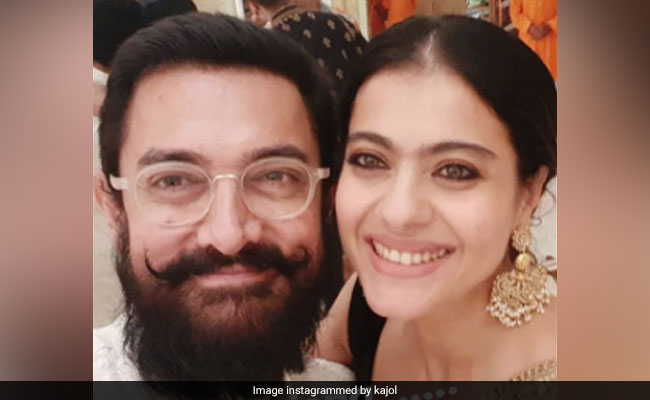 The Ganesh Chaturthi celebrations at the Ambani household were a star-studded affair, what with the Bachchans, Alia Bhatt, Ranbir Kapoor, Aamir Khan and other big stars leading the celeb roll-call. It was a reunion of sorts for Aamir Khan and Kajol at the party, who were last seen together in the 2006 film Fanaa. The duo even posed for a selfie together. Kajol shared a selfie of herself along with Aamir on her Instagram story and she captioned it: "After so long." Aamir and Kajol, who have earlier shared screen space in the 1997 film Ishq (which also starred Kajol's husband Ajay Devgn), can be seen smiling with all their hearts in the picture.

In the photograph, Kajol could be seen wearing a black and gold saree, which she picked from the shelves of Manish Malhotra while Aamir picked a white kurta- pajama set for the evening. The actor finished his look with a pair of over-sized glasses. Aamir Khan, who isn't very active on social media, hasn't responded to Kajol's post as of now. However, we would love to see the actor's reaction to the picture. Take a look at Kajol's post here: 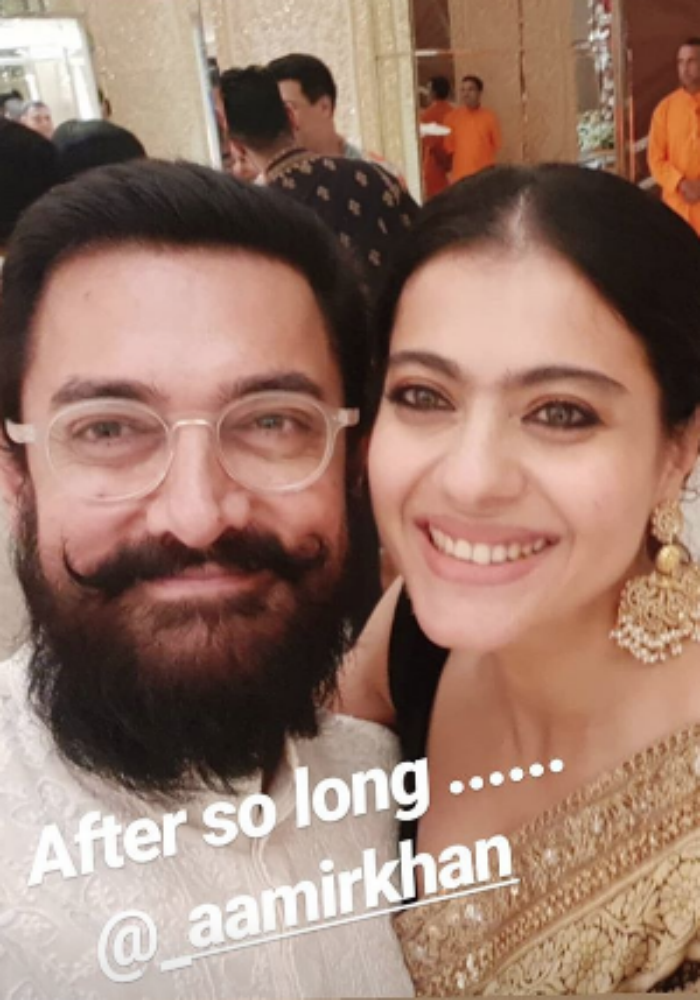 On the professional front, Aamir Khan was last seen in Vijay Krishna Acharya's Thugs Of Hindostan, co-starring Amitabh Bachchan, Katrina Kaif and Fatima Sana Shaikh. The actor will next be seen in Lal Singh Chaddha, which is a Hindi remake of Tom Hanks' 1994 comedy-drama Forrest Gump.

Kajol was last seen in the 2018 film Helicopter Eela, co-starring Neha Dhupia and Riddhi Sen. The actress will reportedly be seen in Tanhaji: The Unsung Warrior, which stars her actor-husband Ajay Devgn in the lead role. As of now, Kajol hasn't announced her association with the project.