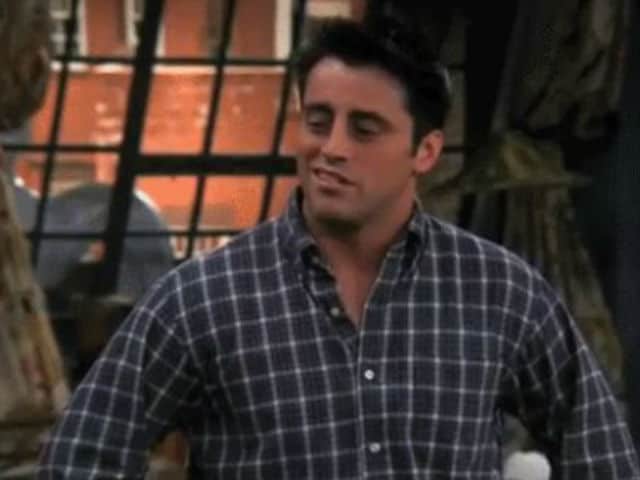 Matt LeBlanc in a still from F.R.I.E.N.D.S

Los Angeles: F.R.I.E.N.D.S has fans all over the world, but actor Matt LeBlanc was surprised when people living in the caves recognized him as Joey from the series.

The 49-year-old actor, who starred as Joey Tribbiani on the series that ended 12 years back, was shooting in the Atlas Mountains in Morocco when the surprising incident happened, reported People.

"I was in the Atlas Mountains in Morocco, shooting a thing for Top Gear. I mean, we were far away from civilization. And these people were wearing robes, and they live in caves and stuff," he said.

Promoted
Listen to the latest songs, only on JioSaavn.com
"They called me Joey and said, 'How you doin'?' in a really butchered accent. It was like, 'Oh wow. Did not see that one coming.' The show is everywhere. It still holds up," he added.

The actor will next be seen in CBS' upcoming sitcom Man with a Plan.