When A "Big Shot" Told Neena Gupta: "Aren't You Spending The Night Here?"

"Now, does the casting couch exist, and have I ever had to sit (sleep? sounds uncomfortable) on it? The answer is: Yes, it exists, and no I have never experienced it," reads an excerpt from Neena Gupta's book 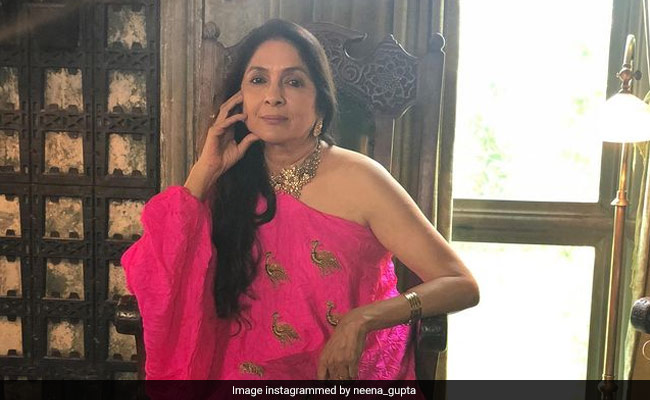 Neena Gupta recently launched her new book Sach Kahun Toh and opened up about the various chapters of her life, both personal and professional. Neena Gupta, who has worked in the film industry for almost four decades, revealed in her book that casting couch is a very real thing in showbiz but clarified that she has never experienced it. In an excerpt from Sach Kahun Toh, Neena Gupta wrote: "Now, does the casting couch exist, and have I ever had to sit (sleep? sounds uncomfortable) on it? The answer is: Yes, it exists, and no I have never experienced it. I always saw it for what it was - a sexual favour offered in exchange for something that might not be what you imagined."

However, the 62-year-old actress opened up about an incident in her book when a producer expected sexual favours in exchange for a role but she refused his offer. Here's the excerpt from her book: "One day, a friend told me to go visit a producer who was a big shot in the south. He was visiting for a few days and was staying at the Sun-n-Sand hotel. When I got to the hotel, I called the producer from a phone in the lobby. 'Yes, yes, I've been expecting you,' he said. 'Come on upstairs.'

'So, what's my role, sir?' I asked him finally when he paused to catch his breath. 'The heroine's friend,' he said. When he explained it to me, it seemed like a very small part. 'Ok ... I have to go now, sir' I said, 'My friends are waiting for me.'....'Go? Where? he asked. He seemed genuinely shocked. Aren't you going to spend the night here?'"

Speaking to NDTV's Rohit Khilnani in an interview recently, Neena Gupta revaluated the situation in retrospect and said she could have been "careful" and described her younger self as somewhat "desperate" for work: "You have to be careful. It's my bewakoofi (stupidity), I should have called him down in the lobby and talked. Why would I go to somebody's room late in the evening to talk? Because, I was desperate may be that if I call him downstairs, he may feel bad. But one shouldn't do this. If I would have called him to the lobby, it wouldn't have happened. Maybe it would have but I would have felt much safer," Neena Gupta said in her interview.

Speaking to NDTV, Neena Gupta also shared some words of wisdom for struggling newcomers: "Here, nobody forces you to sleep with them. It's you, who has to decide how much you want to compromise. It's very simple - if you say no, there are 10 other girls willing to say yes. It's not necessary that you sleep with them and they'll give you a role. They might give you a small role, somewhere in the crowd. This is business. It is your choice."

In terms of work, Neena Gupta was recently seen in Sardar Ka Grandson and has sports drama '83 lined up for release.