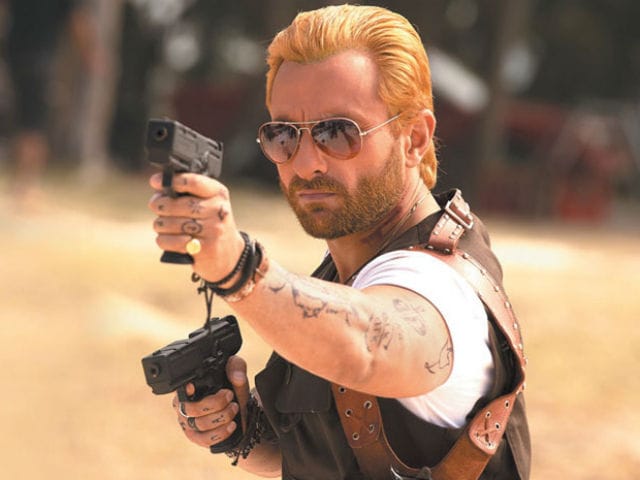 New Delhi: Actor Saif Ali Khan is all set to be a part of the sequel to his 2013 zombie comedy Go Goa Gone, reported Mumbai Mirror. Confirming about Part 2, Saif, 46, told Mumbai Mirror, "Yes, I'd like to make a sequel. We have just started talking about it. It's premature to say anything. Some parts of the original film were really funny but some parts didn't work. Hopefully we'll get it all right this time. Let's see how it plays out." Go Goa Gone, directed by Raj Nidimoru and Krishna DK, also featured Kunal Khemu, Vir Das, Puja Gupta and Anand Tiwari in pivotal roles. The film tanked at the box office. Go Goa Gone was produced by Saif Ali Khan.

Mumbai Mirror report also suggested that all the characters from the original film will return in the sequel. "Mr Nidimoru and Mr DK have shared the concept with Saif and he has really liked it. They are currently working on developing the script, which should be ready in a few months," Mumbai Mirror quoted the source as saying.

Meanwhile, Raj Nidimoru and Krishna DK are currently busy with the post-production of Reload, featuring Jacqueline Fernandez and Sidharth Malhotra. The film releases on August 25, 2017.

Promoted
Listen to the latest songs, only on JioSaavn.com
Saif Ali Khan was last seen in Vishal Bhardwaj's Rangoon. The film could not manage to score well at the box office despite getting rave reviews. The romantic war drama also features Kangana Ranaut and Shahid Kapoor. Saif is currently working on Raja Krishna Menon's Chef.