What, no Twitter Countdown to New Dil Dhadakne Do Song? 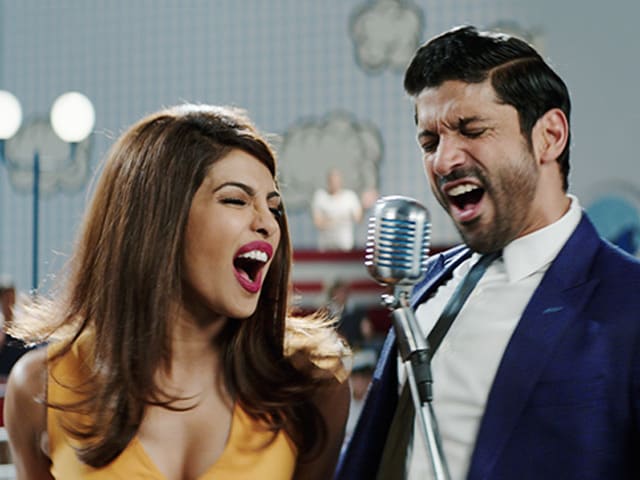 New Delhi: After the concert of tweets that announced the arrivals of the trailer and the title track of Zoya Akhtar's Dil Dhadakne Do, we're feeling just a little cheated that the impending release of second song Gallan Goodiyan today is being heralded by this lone missive from Priyanka Chopra:

Can't wait for you all to c #GallanGoodiyan from #DilDhadakneDo today!! Lemme know what u all think.. #DDD all the way!

What a difference from the last few weeks, during which a carefully co-ordinated Twitter blitz produced countdowns to the trailer and song from Priyanka, Ranveer Singh, Anil Kapoor, Anushka Sharma, Farhan Akhtar and producer Ritesh Sidhwani. (Also Read: Ahoy There, the Dil Dhadakne Do Song is Out)

Just two days ago, Ranveer was tweeting pictures with his screen dad, director and producer:

AK and I were on a strict Diet for the film @AnilKapoor#DilDhadakneDopic.twitter.com/xbPeESUWHd

On the subject of Gallan Goodiyan, however, he's been strangely silent. Should we be worried?

Promoted
Listen to the latest songs, only on JioSaavn.com
Dil Dhadakne Do, easily one of this year's most anticipated films, tells the story of the Mehra family - played by Anil Kapoor, Shefali Shah, Priyanka and Ranveer - who take a cruise in order to sort out their internal dynamics. Anushka Sharma, Farhan Akhtar and Rahul Bose also star. (Also Read: In Dil Dhadakne Do, Priyanka's Titanic Moment Was Ruined by a Photobomber)

The film opens in theatres on June 5.