What Manoj Bajpayee Said After His Third National Award Win

"The journey was on for five years and with this National Award, it has come to an end. Though God took his time, but in the end when you get your rightful return, you forget about everything, all the other not so happy memories," the actor, who is recovering from COVID-19, said 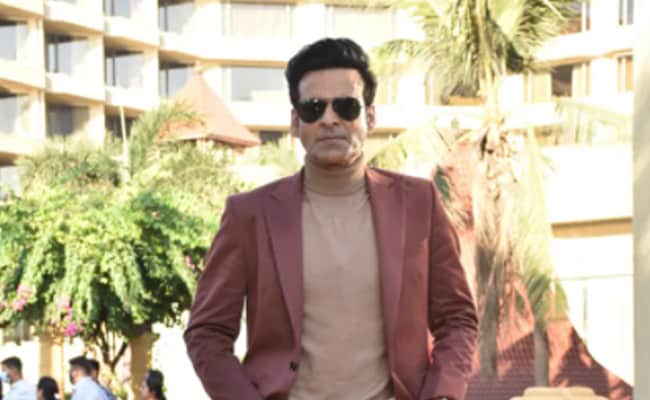 Manoj Bajpayee says the disappointment of being left out at the National Awards previously for the performances that he held "close to his heart" has finally faded away with his best actor win for Bhonsle. Manoj Bajpayee won the coveted honour in a tie with South actor Dhanush (Asuran) at the 67th National Film Awards, announced on Monday. "On many occasions, some of my really acclaimed performances - which I hold close to my heart and I am so proud of - were somewhere left out. The admirers who knew about the work protested against the choices of other performances over those performances of mine, but I've never said a thing," the actor told PTI in an interview.

Over the years, several performances of Manoj Bajpayee, including gangster drama Gangs of Wasseypur (2011) and the 2016 drama Aligarh, failed to find any mention at the National Awards despite the industry and fans calling them his career best. Manoj Bajpayee, who hails from Belwa village in West Champaran, Bihar, now looks back at the misses and the big hit that he has scored with Bhonsle with a sense of gratification.

"I always had the belief that one day there will be a time that God will give me a second look. He will turn back and recognise the efforts I've been making all of these years. He will gift me the honour for something I'll do," he added.

This win for the actor is special because he, Makhija and the team of Bhonsle went through years of struggle to get the film see the light of the day. It was not only difficult to make the movie, but also equally challenging to get it released, Bajpayee said. Even though Bhonsle travelled to several festivals in 2018, it managed a release in India only last year on the digital platform Sony LIV. "The journey was on for five years and with this National Award, it has come to an end. God has been kind. Though God took his time, but in the end when you get your rightful return, you forget about everything, all the other not so happy memories," the actor, who is recovering from COVID-19, said.

The recent accolade also serves as a validation for Manoj Bajpayee's career, which has been dotted with highs and lows. While most of his performances have won him awards, he has also battled being written off when his films have struggled to deliver on the industry's perception of what it calls a box office hit. Bajpayee's takeaway from his journey of nearly 27 years in the film industry is that naysayers are always going to pull one down but they aren't worth any attention.

"Not everyone knows you, your intention, or ability. The only thing is to not stop to answer anyone. I've never wasted my time in responding to naysayers or to the criticism that came my way. The key was to keep moving on, doing things with utmost sincerity and giving more than 100 per cent to my job," The Family Man star said.

Manoj Bajpayee has realised that ultimately it's only an artiste's work that has the potential to silence critics. "The only answer you can give to naysayers is through your work, your conviction towards your craft. Never stop in your journey to prove anyone wrong." The actor is thankful that his fans and family have kept him going over all these years. "I thank God for giving me that much energy to continue my journey. It is still on and will be there till my body is working and is supporting me towards my zeal to better myself, not only as an actor but also as a person," he added.