Manoj Bajpayee Tests Positive For COVID-19, Is Quarantined At Home 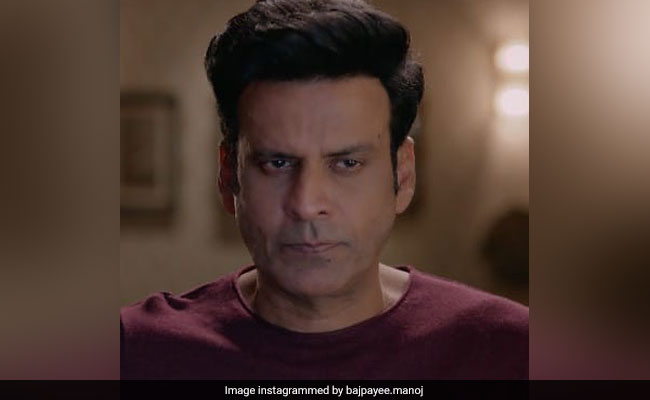 Manoj Bajpayee has tested positive for COVID-19 and he is currently in self-quarantine. News agency ANI, on Friday afternoon, tweeted, "Actor Manoj Bajpayee has tested positive for COVID-19 and is in self-quarantine at his home, his team releases a statement." The actor was recently shooting for his film Despatch. The film's shoot was halted after the actor contracted the virus. The film is being directed by Kanu Behl (Titli fame) and it is being produced by Ronnie Screwvala. The film will be shot across a variety of locations including London, Delhi and Mumbai.

Manoj Bajpayee's last theatrical release was Suraj Pe Mangal Bhari, co-starring Fatima Sana Shaikh and Diljit Dosanjh. The film opened to mixed reviews last year. Other than that, he will next be seen in Amazon Prime Video's The Family Man 2, alongside Samantha Ruth Prabhu. The show was initially slated to release in February this year. However, its revised release date has not been announced yet. His film Silence... Can You Hear It? will premiere on March 26 on streaming platform ZEE5.

Earlier this week, actor Ranbir Kapoor contracted the virus. Many Bollywood actors tested positive for COVID-19 last year as well. Among them were Amitabh Bachchan along with son Abhishek, daughter-in-law Aishwarya, and his 8-year-old granddaughter. Other celebrities, who tested positive, include Arjun Kapoor, Malaika Arora, Kriti Sanon, Varun Dhawan, Genelia D'Souza, Ram Charan, SS Rajamouli among many others.