Bhonsle Review: A searing, shattering statement on lives engulfed in the darkness of a bright, bustling city. 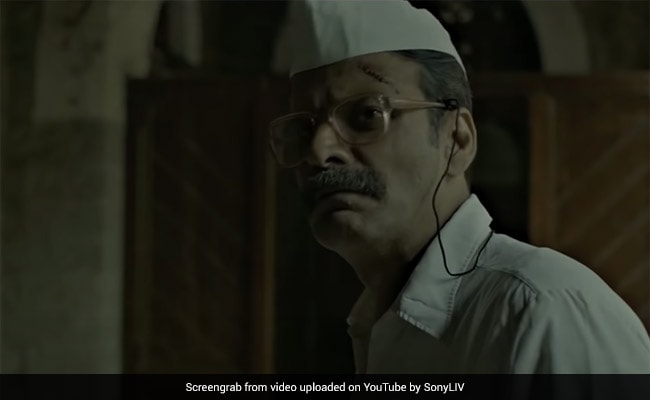 Manoj Bajpayee in a still from Bhonsle . (Image courtesy: YouTube)

A bad guy, a damsel in distress and an unlikely avenger: on the face of it, the key figures in Bhonsle resemble character types that conventional Hindi cinema abounds in. But director Devashish Makhija's third narrative feature, the kind of film that will not let the sleeping dogs lie, shares little else with Bollywood revenge dramas in terms of tone, texture and treatment.

Lead actor (and co-producer) Manoj Bajpayee keeps Bhonsle, both the film and the character, on a tight leash with a performance of stunning restraint and spectacular force. He articulates inner anguish through silences and etches out a frail, ailing man at the end of a fraying rope. 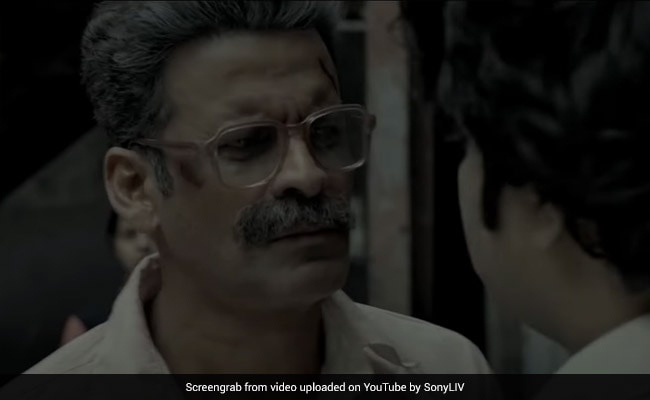 Manoj Bajpayee in a still from the film.

Anger pulses through the slow-burning film. Its subversive approach to a simple plot - Bhonsle is about a down-and-out Mumbai policeman who has one heroic parting shot left in him - is made clear right from the opening moments and carried all the way through to a shocking end.

The story is located in the recent past, when the metropolis was rocked by a wave of engineered hatred against 'outsiders' from Uttar Pradesh and Bihar. The film's release on SonyLiv coincides with another flashpoint: the perilous plight of India's migrant workers triggered by a flawed anti-pandemic strategy. It is still unfolding before our eyes.

Bhonsle is a timely take not only on politics that thrives on othering and victimizing communities but, obliquely, also on how shoddily the informal workforce in our big cities are treated. Like he did in Ajji, in which an ageing woman avenges the rape of her granddaughter, the director presents a bleak portrait of a lawless system that allows the weak and vulnerable to be sitting ducks for dangerous deviants and petty (but exceedingly powerful) politicians.

The screenwriters (Mirat Trivedi, Makhija and Sharanya Rajgopal) construct a microcosm in a lower middle-class chawl where a foxy taxi driver, Vilas Dhavle (Santosh Juvekar), hopes to arouse sentiments against non-natives to further his political ambitions. This troublemaker bears the same name as the child-rapist in Ajji. This Vilas Dhavle may not be as psychopathic as the politician's son in the earlier film. But he is just as despicable.

Ganpat Bhonsle (Bajpayee) lives all alone in a dark, dank kholi (a one-room unit) in the chawl. He is named after the city's presiding deity. The Elephant God, venerated for his power to eliminate impediments in the path of his devotees, has left the world-weary Bhonsle to his own devices.

The film begins on the eve of Ganesh Chaturthi. Ganpati idols are receiving finishing touches. It is also Bhonsle's last day in the police force. As Mumbai prepares with ritualistic fervour for its biggest religious celebration, the unsmiling, lethargic 60-year-old removes his cap, belt and holster, changes into civil attire and surrenders his uniform and police accoutrements on the way out.

The careworn man returns to his lonely, robotic grind. He has little to look forward to barring perhaps a career extension. It is a faint hope. But as is pretty obvious, he has no hope in hell of a shot in the arm. He goes about his chores. He lights a lamp before a small Ganpati figurine, cleans the house, washes clothes, chops onions, makes tea for himself (and for a couple of serving policemen who occasionally stop by) and cooks a curry that he will have with a dry bun. He goes through the motions a few times. Bhonsle's life is a tiresome trudge.

But even as the defeated man seeks to shut the world out and hide in his bubble, the revelry on the streets impinges upon the environs. At the same time, tension peaks in the chawl as a hotheaded Hindi belt guy Rajendra (Abhishek Banerjee in a cameo) resolves to put up a rival Ganpati pandal in the precincts.

Ganesh Chaturthi is only for the Marathi manoos, Vilas declares and seeks the support of the other residents for his arbitrary injunction. When Rajendra is prevented from having his way, he not only resists but also adopts offensive measures that have disastrous consequences.

The acrimony between the two groups is made obvious with the purpose of setting the stage for the bigger battle that lies ahead. A little subtlety at this point of the film would have been more in keeping with the restrained timbre of Bhonsle.

Caught in the messy son-of-the-soil vs. migrant ruckus, and for no fault of hers, is a 23-year-old hospital nurse Sita (Ipshita Chakraborty Singh) who has just moved into the kholi next to Bhonsle's with a pre-teen brother Lalu (Virat Vaibhav). Their accent is a giveaway. They are from Bihar. 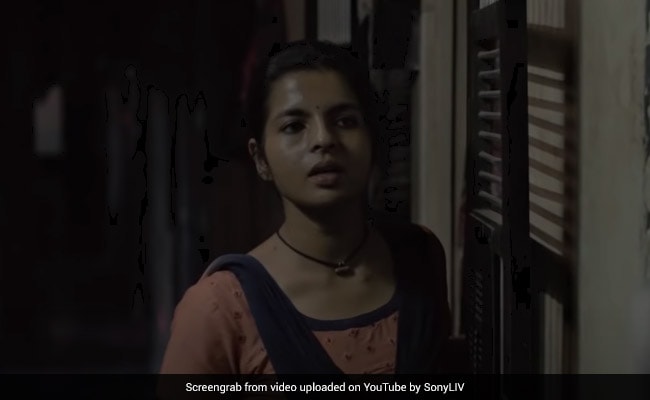 Ipshita Chakraborty Singh in a still from the film.

The two new residents are instantly in Vilas' line of fire. The rabble-rouser takes it for granted that Bhonsle is on his side. He presumptuously asks the reticent ex-cop: You are Shivaji Maharaj's Bhonsle, if you do not stand with us who will? Until we are well into the film, the audience does not hear Bhonsle's voice but as Vilas continues to provoke him, an explosion is precipitated.

Jigmet Wangchuk's camera focusses on the gritty reality of the chawl that Bhonsle shares with others like him that the so-called City of Dreams has left by the wayside. In one scene, the superannuated cop points to a leaky drain that cuts the chawl courtyard into two and tells the self-appointed guardian of Mumbai's indigenous people: "Bahut din se khula hai, kuch kar." These are the first words that Bhonsle utters in the film and they carry great significance.

The gutters are, metaphorically, overflowing. Can a man who is as enervated and demoralized as Bhonsle pull off a clean-up before it is too late? In a staggering sequence, Bhonsle, returning home after a disappointing trip to the police headquarters, is lost in a Ganpati immersion procession, his face bobbing in and out of focus as he is swarmed by the teeming revellers. Bhonsle is an inconsequential face in the crowd in a heartless city.

In fact, he is probably not even that. He is faceless. The cawing crow on his window sill and a stray dog that he sometimes feeds seem to be his only friends until Sita and Lalu arrive next door. The brother-sister duo is worse off. They do not even belong to the city.

Bhonsle is, in a way, a comment on Mumbai itself, and by extension on every big city, where for every dream that is fulfilled there are tens of thousands that are thwarted. Even Vilas, whose friskiness and sense of frustration are brought out vividly by Santosh Juvekar, doesn't have his life sorted. The politician that he banks upon for some support and a little push has no time for him.

Bhonsle is a searing, shattering statement on lives engulfed in the darkness of a bright, bustling city.

(Bhonsle streams on SonyLiv from June 26)