What Makes Ranbir Kapoor The Happiest? "Spending Time With My Wife," He Says. Aww... 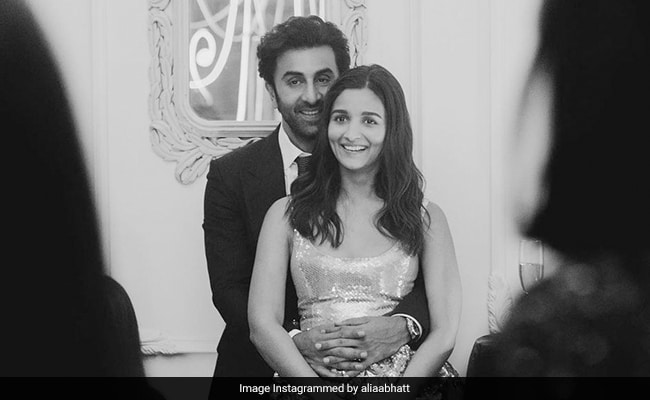 Busy with Shamshera promotion duties, Ranbir Kapoor has been revealing much of his married life with Alia Bhatt in various interviews. In a new YouTube video, uploaded by Yash Raj Films - the banner under which Shamshera has been produced - Ranbir Kapoor answers several questions about his life and his upcoming film while sitting amidst a pool of puppies. To a question about a role he would've loved to do recently, the actor, holding a pup, said, "Pushpa Raj," Telugu star Allu Arjun's character in the blockbuster hit, Pushpa.

He was then asked to share his Instagram bio if he had one. "I'm wise enough to be a fool, or find your fire," the actor said. On the most influential person in his life, Ranbir replied, "My awesome mother (Neetu Kapoor)." And when asked what makes him the happiest. He smiled, "Spending time with my wife."

Two Hollywood films Ranbir wishes he would've been a part of: "Gladiator and Braveheart." With whom would he want to be stuck on an island besides director Ayan Mukerji and Alia Bhatt. Ranbir's reply, "SS Rajamouli" - because the Baahubali director would have to make a film with the actor alone. Another person the actor wants to be stuck on an island with - Lionel Messi, an Argentine professional footballer, so he can play some football and singer Arijit Singh for evening jam sessions.

Ranbir Kapoor and Alia Bhatt married at their house Vastu in April this year after dating for five years. The couple is now going to be parents and while sharing his thoughts on embracing fatherhood, he was quoted by PTI as saying, "I am feeling grateful, excited, nervous and terrified. Because I have so many expectations of myself and of this relationship and what I want from it and what I want to give... These are the only adjectives I can use."