"What Is Going On Here"? Parineeti Chopra Was So Not Ready For Priyanka Chopra And Nick Jonas' "Snack," Sorry, PDA Post 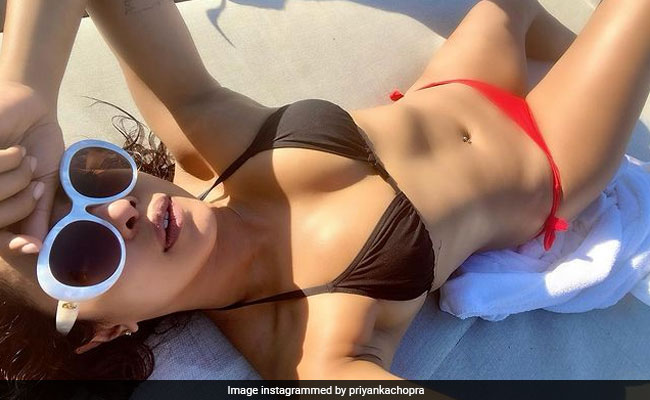 Parineeti Chopra was not ready for this much PDA on her Instagram feed but then she did try to hit the like button with her eyes closed alright. So, Priyanka Chopra and Nick Jonas have been trending for their PDA post and the Quantico actress' cousin Parineeti Chopra had the most hilarious take on the post. Priyanka posted a sun-kissed picture with husband Nick Jonas by her side and some cutlery in his hands (Priyanka's caption explains why. She captioned it "snack"). Oh, about Parineeti Chopra's comment, she wrote: "Jeej! Mimi didi! What is going on here? The family is on Instagram. Tries to hit like button with eyes closed." Parineeti's comment had over 28,000 likes (and counting) on Instagram.

This is what Parineeti Chopra commented on the post: This is the post that per Parineeti Chopra, is not suitable for family viewing (all in good humour, of course):

Priyanka Chopra and Nick Jonas met at the grand fashion event Met Gala 2017, where they represented designer Ralph Lauren. Well, Nick Jonas is a true blue romantic. The singer had shut down an entire Tiffany's store in New York to pick out Priyanka Chopra's ring. He had proposed to Priyanka on her birthday while vacationing in London. They got married at the Umaid Bhawan Palace in 2018. The couple later hosted receptions in Delhi and Mumbai.

About Priyanka's next project Citadel, it is a multi-series with productions from India, Italy and Mexico and it also stars Richard Madden and it will be directed by the Russo Brothers. Citadel is Priyanka Chopra's second project with Amazon Prime Video after announcing the Sangeet Project, a sangeet-themed dance reality show, which she will host with Nick Jonas. Priyanka Chopra was last seen in Netflix's The White Tiger, based on Aravind Adiga's Booker Prize winning novel. Her next Hindi film will be Jee Le Zaraa, which will be directed by Farhan Akhtar and will star Alia Bhatt and Katrina Kaif.