Just Another "Messy Day At Work" For Priyanka Chopra. See Her Pic From Citadel Set

"You could say this was a new makeup trend and I would literally put mud on my face," commented Priyanka's friend and filmmaker Mindy Kaling 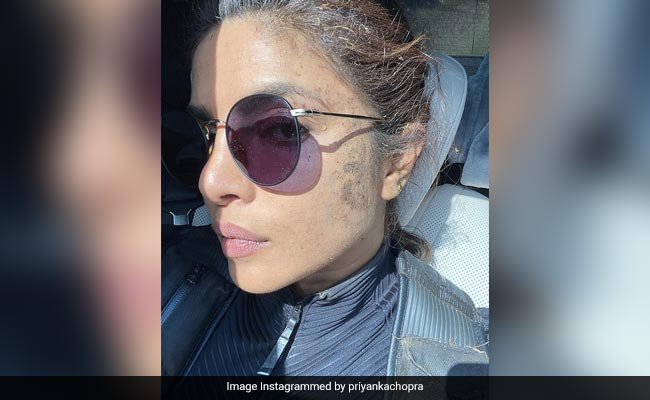 Priyanka Chopra shared a new photo from the sets of her work-in-progress series Citadel and it was just a glimpse of her another "messy day at work." The actress, who is in London since last year for The Russo Brothers' multi-series, has been sharing pictures of herself from the sets of Citadel. On Thursday, she posted what appears like a car selfie. She can be seen sporting a black outfit and a pair of shades in the photo that features her with little mud on her left cheek. "Messy day at work. Can't wait for you to meet her! #Citadel," Priyanka Chopra wrote in the caption. Filmmaker Mindy Kaling, who is a good friend of Priyanka Chopra and will work with her on a film soon, hilariously commented on the actress' post: "You could say this was a new makeup trend and I would literally put mud on my face."

On her Instagram story, Priyanka Chopra shared another photo from Citadel set and wrote: "Switching to my EOD mood." 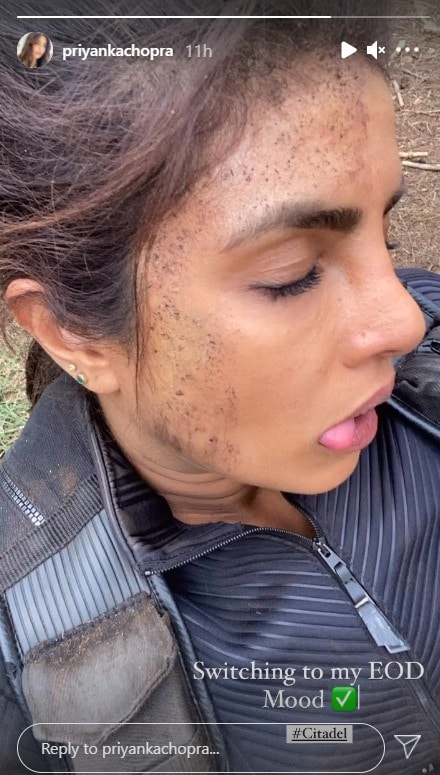 Meanwhile, check out another photo of the actress from her Citadel diaries:

Citadel is a multi-series with productions from India, Italy and Mexico and directed by The Russo Brothers. It also stars Game Of Thrones and Bodyguard actor Richard Madden.

The Queen's Gambit To Aarya: 10 Badass Women On Screen To Fall In Love With