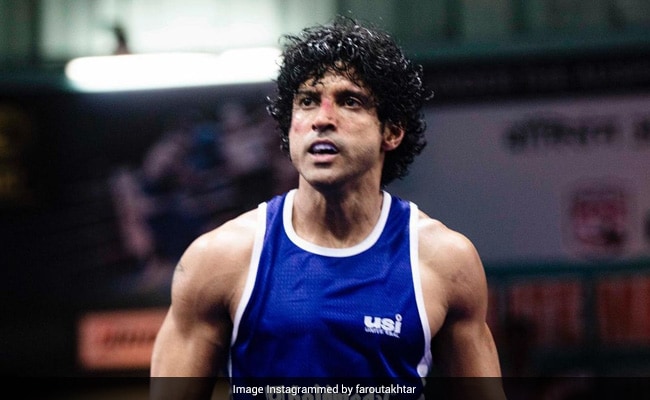 Farhan Akhtar got a huge shout out from his best friend and actor Hrithik Roshan. The War actor, on his Instagram stories, posted stills from Farhan Akhtar's recently-released film Toofaan and he wrote: "An amazing performance! Farhan, you embodied this character so well man. Brilliant." In a separate Instagram story, Hrithik Roshan gave a shout out to his Super 30 co-star Mrunal Thakur for her performance in Toofaan. "As always your work hits the heart every time. Mrunal Thakur, loved you in Toofaan," wrote Hrithik.

Take a look at the Instagram stories shared by Hrithik Roshan here: 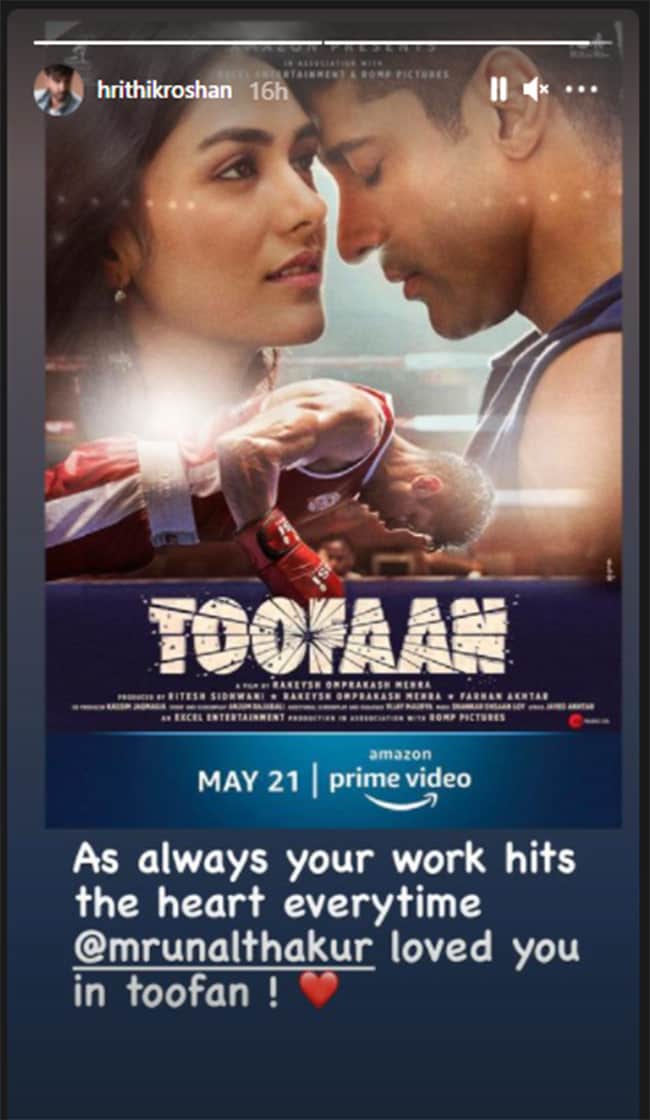 Meanwhile, Hrithik Roshan is gearing up for the action drama Fighter, co-starring Deepika Padukone. The film will be directed by Siddharth Anand, who also directed Hrithik Roshan in the 2019 hit War.