What Happens On The Sets Of The Devotion Of Suspect X, Shows Up On Kareena Kapoor's Instagram

"Does this happen to most actors?" asked Kareena Kapoor 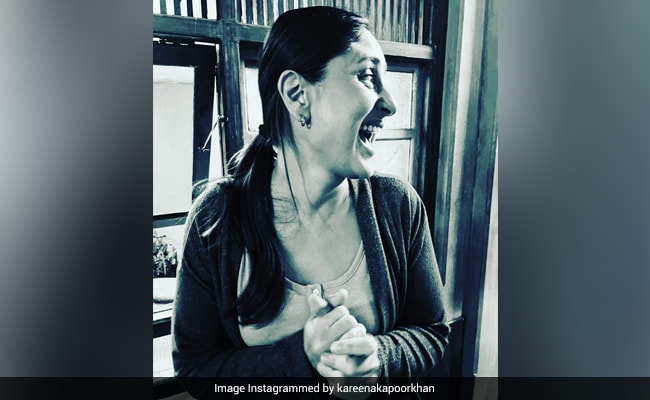 Kareena Kapoor shared a picture from the sets of her next project The Devotion Of Suspect X and her expression in the picture is priceless. She can be seen with an ear-to-ear grin in the picture. The actress captioned her post: "In the middle of shooting an intense scene with Mr Ghosh (film's director Sujoy Ghosh)... Does this happen to most actors?" She added the hashtags #CrackingUp, #Happiness and #DevotionOfSuspectX. In the comments section, Kareena's co-star Vijay Varma wrote: "On that set... it's difficult to be "serious actor." Mr Ghosh won't let you be."

Vijay Varma posted a picture with Kareena Kapoor and wrote: "Beauty and the beast. (From left to right). DSX vibe check." Kareena Kapoor commented on the post: "Moooooodd. Love this picture."

This is what Kareena's co-star Vijay Varma posted:

During her stay in Kalimpong, Kareena Kapoor shared pictures from her makeup chair, which was backed by scenic view of the hills. Last week, she shared this shot of herself getting ready and she wrote: "Double whammy. Getting ready with the best man for company... Day 4 - Kalimpong."

What else happened on the sets of The Devotion Of Suspect X, you ask? Well, when Paatal Lok star (and Kareena's co-star) in the film Jaideep Ahlawat met Kareena Kapoor, he learnt how to pout.

On the sets of the film, Kareena Kapoor and Vijay Varma had their share of fun. He recreated the popular K3G dialogue, Kareena gave priceless expressions.

In terms of work, the actress was last seen in the 2020 film Angrezi Medium, co-starring late actor Irrfan Khan, and actress Radhika Madan. Kareena will next be seen in Aamir Khan's Laal Singh Chaddha, which is a remake of the 1994 film Forrest Gump. She is also co-producing a film with Ekta Kapoor.