What Dhanush Wrote For His "One True Love"

Dhanush's Bollywood movie Atrangi Re had just begun filming when the lockdown was imposed in March. 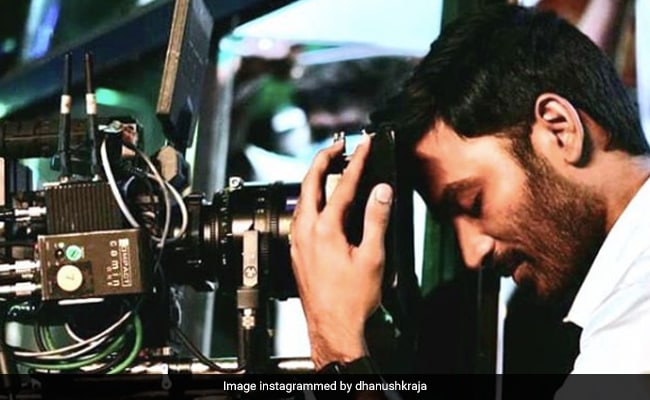 Film industry celebs are gradually resuming work after months of lockdown and looks like actor-producer Dhanush is one among them. On Monday, Dhanush shared an update of sorts about his work schedule on Instagram, addressing a note to his "One true love." We say work because in the photo, Dhanush can be seen posing with a camera at what appears to be some sort of a set or studio. "Missed you so much," read Dhanush's emotional post. Before the lockdown began, Dhanush had completed the schedule of his 43rd movie Jagame Thandhiram. Dhanush's Bollywood movie Atrangi Re had also just begun filming when the lockdown was imposed in March.

ONE TRUE LOVE ❤❤❤ missed you so much

Dhanush's Tamil action thriller Jagame Thandhiram was initially supposed to hit screens in October this year. In May, Dhanush announced that Jagame Thandhiram will release in theatres "after the jagam heals" from coronavirus. Dhanush co-stars with Aishwarya Lekshmi and James Cosmo in the movie, which has been directed by Karthik Subbaraj.

In Atrangi Re, Dhanush will co-star with Sara Ali Khan and Akshay Kumar. Directed by Aanand L Rai, the film had booked Valentine's Day 2021 as its release date - a new date hasn't been announced yet. The movie also marks yet another collaboration between Dhanush with Aanand L Rai after the hit film Raanjhanaa.

I can't believe my luck 💫🌼☀️🌞🤩 My next film 🎥 🎞 : ATRANGI RE 👏🏻 Blessed to be working with @aanandlrai sir 🙏🏻 🤗 In an @arrahman musical 🎶 And so thankful to have @akshaykumar sir join hands with the extremely talented and incredibly humble @dhanushkraja and myself 🤝🤜🤛 Presented by @itsbhushankumar's @TSeries, @cypplofficial & #capeofgoodfilms 💁🏻‍♀️ And written by Himanshu Sharma Sir 📝📚 CANNOT WAIT TO START🧿💙 And cannot wait to come ⏰ Again, on Valentine's Day ❤️ 14th February 2021‼️

Dhanush is married to Rajinikanth's daughter Aishwarya. The couple are parents to sons Yatra and Linga. Dhanush is best known for his performances in films such as Maari 2, The Extraordinary Journey Of The Fakir, Velaiilla Pattadhari 2, Shamitabh and Raanjhanaa.