What Deepika Padukone Says About Working With Ranbir Kapoor 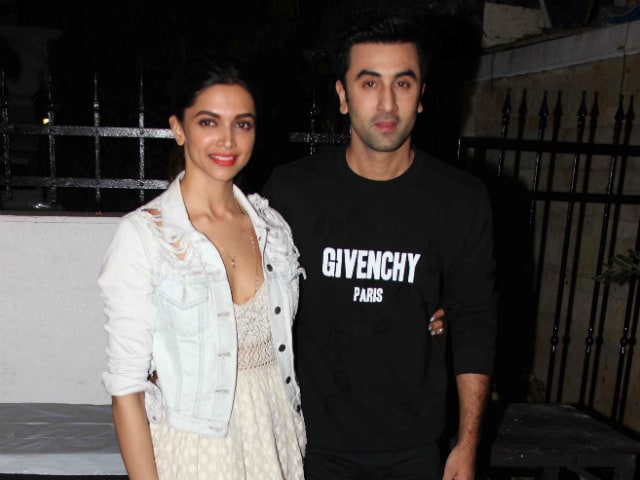 Deepika and Ranbir at a theatre festival in Mumbai.

New Delhi: Deepika Padukone has collaborated with Ranbir Kapoor on three films and the actress says that it is a pleasure to work with Ranbir as it has helped her evolve as a better person.

Ranbir and Deepika, who made their Bollywood debut eight years ago with Saawariya and Om Shanti Om, have also worked together in Bachna Ae Haseeno and Yeh Jawaani Hai Deewani. They will also share screen space in Imtiaz Ali's upcoming romance Tamasha.

The 29-year-old actress loves the transformation Ranbir, 33, has undergone in the last eight years.

"It has been an amazing journey. Eight years ago we were raw, nervous. It was our first film and for no fault of ours we were pitted against each other. Today we are sitting and talking about a film as we are starring in it together," Deepika said in an interview.

"It feels nice to see the kind of person Ranbir has become, how talented he is, the kind of movies he is doing. I always say that working with him makes you a better person, a better actor. The passion he has for his work makes you work hard," she said. (Also Read: Is Deepika'Intimidating?' We Asked Ranbir, he Answered)