What Deepika Padukone Said About Her Rumoured Film With Majid Majidi 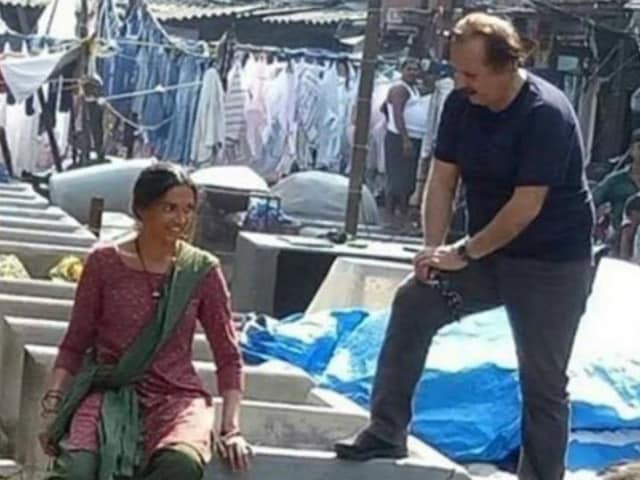 Mumbai: Deepika Padukone's pictures as what appears to be a slum-dweller, with acclaimed Iranian filmmaker Majid Majidi are breaking the internet, and the actress says the details about the film will be revealed soon.

Deepika went almost unrecognised in the without-make-up persona with the pictures sparking rumours that she is collaborating with the director for his next venture.

There have also been reports that the almost day-long shoot was held only for Mr Majidi to gauge if Deepika's look suited a prime character in his film.

When asked about it, the 30-year-old actress told reporters, "You will know soon."

Deepika was speaking at the red carpet of Lux Golden Rose Awards in Mumbai. She recently shot for an advertisement for the brand with superstar Shah Rukh Khan, and noted actresses Sridevi and Madhuri Dixit.

The actress said it was an honour to share screen space with the two divas.

"I have grown up watching Madhuri Dixit and Sridevi. To share screen space with them and to be with them was a huge honour. It's been nine years and I feel I have a long way to go. It was fun doing the ad," she said.

Promoted
Listen to the latest songs, only on JioSaavn.com
When asked if her co-star Vin Diesel and the rest of the cast will come for its Indian premiere, Deepika said, "Hopefully they all will be here.