What Baahubali Star Prabhas Received As A Gift From Director Rajamouli 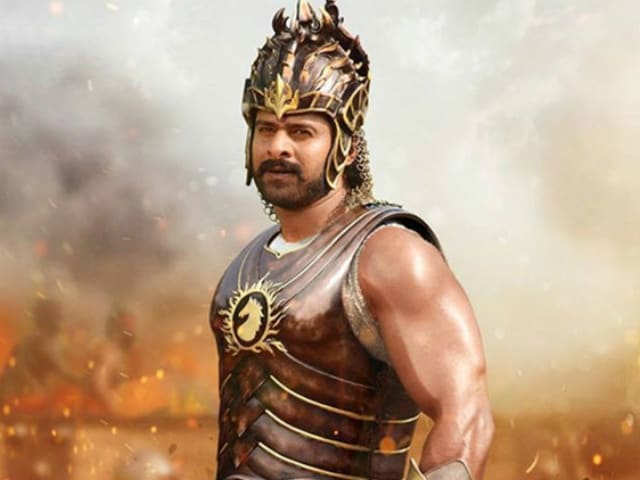 Prabhas as Baahubali in a still from Baahubali: The Beginning

New Delhi: Actor Prabhas has dedicated five years of his life to the two-part epic drama Baahubali. Prabhas, who features in the titular role in S S Rajamouli's ambitious film, has often been credited for his dedication to the film. Rajamouli has continued to express his gratitude to the 37-year-old actor but it appears that is not enough. Rajamouli has now handed over the armour, which warrior Baahubali wore in the film, to Prabhas as a sign of acknowledgement for the work and hours he put in. Baahubali: The Conclusion is merely days away from an expectedly blockbuster release and promises to reveal the secret behind the cliff-hanging moment of the first part, in which senapati Katappa killed Baahubali.

Meanwhile, Rajamouli also revealed that in his consideration, there's no alternative to Prabhas for the role of Baahubali. "Show me one actor who can spend more than three years on a character he believes in. Prabhas and I became very close after we worked together for the first time in Chatrapathi, and we used to spend a lot of time together. Thank you Prabhas for being my friend. I can't think of anyone else for Baahubali," said Rajamouli.

Rajamouli said Prabhas was on board for Baahubali at a time when the film was just conceptualized. "When I decided to make the film on such a grand scale, I knew the kind of commitment was needed for this canvas. Even before I discussed the story with Prabhas, he was already in it," said Rajamouli.

Promoted
Listen to the latest songs, only on JioSaavn.com
Meanwhile, Prabhas underwent massive physical transformation for playing the two generations of Baahubali - father Amarendra and son Mahendra. He gained up to 105 kilos and toned down to 88 kilos for his parts in the film.

Meanwhile, Baahubali: The Conclusion also features Rana Daggubati, Ramya Krishnan, Anushka Shetty, Tamannaah Bhatia and actor Sathyaraj in their original roles. The second part of the magnum opus is scheduled to release in Tamil, Telugu, Hindi and Malayalam and across 6,500 screens.