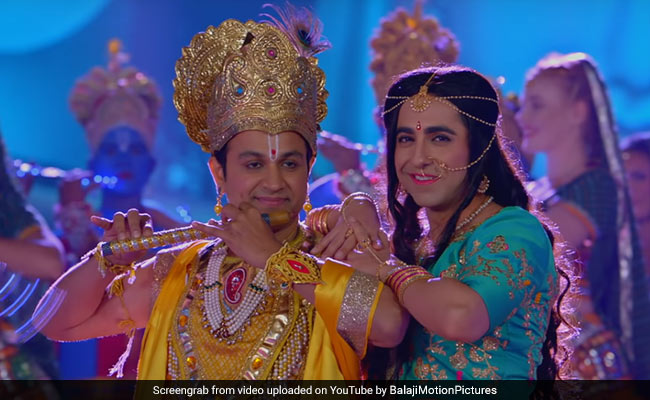 Ayushmann Khurrana in a still from Dream Girl (Courtesy YouTube)

Ayushmann Khurrana, who won a Best Actor National Award this year, told Bollywood Life in an interview that he is looking forward to Best Actress nominations now. Relax, he is just kidding. In his upcoming movie Dream Girl, Ayushmann's character poses as a woman named Pooja as he offers survival strategies to callers as a living. Needless to say that Ayushmann Khurrana, known for his excellent portrayal of quirky roles, doubles up as Pooja effortlessly and hence he jokingly tells Bollywood Life that he wouldn't mind getting nominated in the Best Actress category as well. Oh, and to top it all, Ayushmann's character features as female mythological characters in local plays in the movie.

Ayushmann Khurrana shared his Best Actor National Award with Vicky Kaushal - Ayushmann won for his portrayal of a pianist pretending to be visually impaired while Vicky received the honour for Uri: The Surgical Strike.

Ayushmann Khurrana, who also featured in the critically acclaimed Article 15, recently told IANS that there's an agenda behind starring in Dream Girl: "If they like me in such commercial Bollywood cinema, they will most probably come back to see a project that could be extremely relevant and topical and important for people to see and ponder over. That would give me the fulfilment I seek by being an artiste. So yes, there is a vested interest for me to do Dream Girl because by doing so, I can pull a lot more people for my socially relevant films."

Directed by Raaj Shaandilyaa and produced by Ekta Kapoor's Balaji Telefilms, Dream Girl is all set to hit screens on September 13.