"I feel this will be one of the most commercial films of my career," said Ayushmann 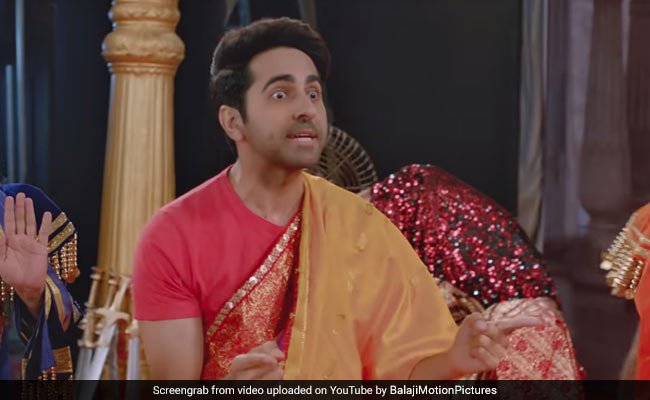 Ayushmann Khurrana, who is currently busy with the promotional duties of his forthcoming movie Dream Girl, says that it is "unique film" and that it is the first time that he will advise his audience to "leave their brains at home," reports news agency IANS. During a recent media interaction, the National Award-winning actor told IANS: "Dream Girl is a masala film and it's my first film where I will tell the audience to leave their brains at home while watching it, because they are going to get entertained a lot." The actor added, "Dream Girl is a unique film because I have recited some of my dialogues in a girl's voice. It was a fun experience. I feel this will be one of the most commercial films of my career. It is really different from my last film Article 15."

When Ayushmann was asked about how excited he is to receive the National Award, the actor told IANS: "I am eagerly waiting for the day when National Award is handed to me. I feel it's every actor's dream to win a National Award. I never thought I would win this award for AndhaDhun but I am glad that we made this film, because I feel National Awards are a collective team effort."

Other than Ayushmann, Dream Girlalso features Nushrat Bharucha, Annu Kapoor, Vijay Raaz and Manjot Singh among other actors. The film showcases the story of Lokesh Bhat (played by Ayushmann),who speaks to customers as a phone-pal. He also female mythological characters for local stage shows.

Ayushmann Khurrana has an impressive line-up of films. Besides Dream Girl, the actor will be seen in Bala, co-starring Bhumi Pednekar. He also has Gulabo Sitabo alongside Amitabh Bachchan and Shubh Mangal Zyada Saavdhan in the pipeline. Ayushmann made his Bollywood debut with Shoojit Sircar's 2012 film Vicky Donor.