The trailer of Dream Girl gives a glimpse into the world of Lokesh Bisht (Ayushmann Khurrana), who doubles as 'agony aunt' Puja for a living. 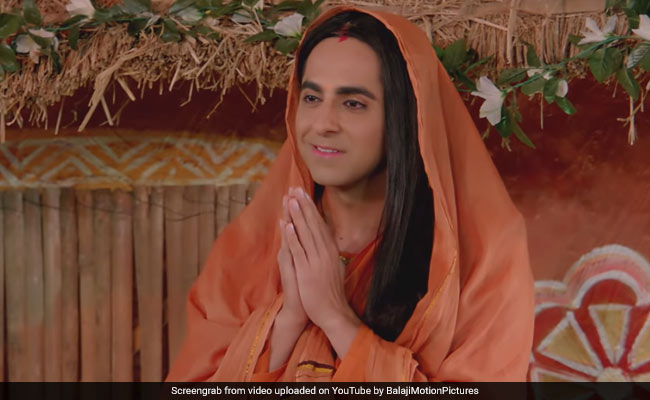 The trailer of Dream Girl, starring Ayushamann Khurrana, has the perfect dose of laughter to brighten up your Monday. The trailer gives a glimpse into the world of Lokesh Bisht (Ayushmann), who doubles as Puja, who speaks to people as their phone-pal for a living. In addition, Lokesh is also an expert in playing female mythological characters - Radha, Draupadi and Sita - for local stage shows. Annu Kapoor plays Ayushmann's onscreen father, who wants his son to have a 'normal' job, in which he doesn't have to dress up as a woman and Ayushmann picks a 'dial a friend' job where he speaks to people as Puja. All things go haywire for Lokesh after Puja's 'friends' fall in love with her.

Nushrat Bharucha makes a brief appearance as Ayushmann's onscreen girlfriend, who has no clue about his alter-ego Puja.

Watch the trailer of Dream Girl:

Dream Girl, directed by Ekta Kapoor's Balaji Telefilms and written and directed by Raaj Shaandilyaa, promises to be a laugh riot. Earlier Ayushmann told news agency IANS that he believes in making films which "have different subject lines and have unique concepts attached to them." The actor also said, "It is the right kind of scripts that you choose, I've always believed that content is the king."

Mouni Roy's Post Is All About Sun, Sand And The Sea