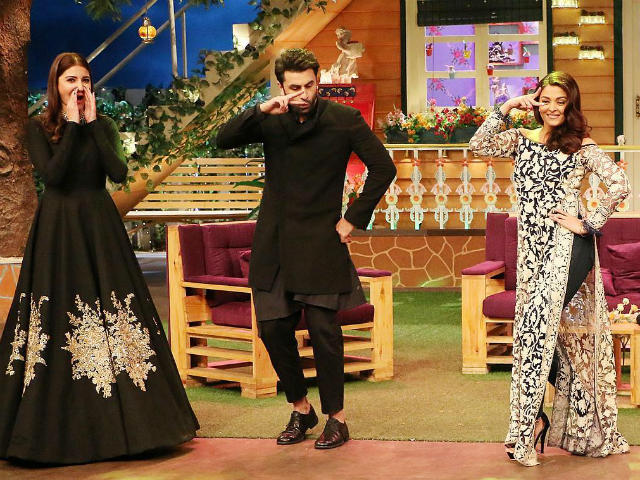 Mumbai: Actress Anushka Sharma was mesmerised by the persona of Aishwarya Rai Bachchan while working with her in the forthcoming film Ae Dil Hai Mushkil.

"I have one scene with her but it is very impactful. She is a very warm and gracious person. She has got so much achievement behind her and accomplishments to her credit," Anushka told IANS.

The actress added: "She is very inspirational. For me, sharing screen space with her feels great. I was mesmerised by her persona and not just her beauty. Her aura and persona is very huge. You notice that and you get mesmerised."

Directed by Karan Johar, Ae Dil Hai Mushkil delves upon the complexities of unrequited love. It also stars Ranbir Kapoor, and is slated to release on Friday.

The film traces the journey of Ranbir's character as an aspiring singer and his relationships at different points of time.

Ae Dil Hai Mushkil got into trouble over its release for featuring Pakistani actor Fawad Khan with protests from the Maharashtra Navnirman Sena (MNS) for featuring the actor. A group of theatre-owners have said they will not allow the film to release in single screen cinemas across four states.

However, after the makers agreed to three conditions set by MNS chief Raj Thackeray, the film has been "allowed" to hit screens. The producers have been asked to make a payment of Rs 5 crore to army welfare fund, which the army have refused to accept.

Karan had advised Aditya Chopra not to cast Anushka in Rab Ne Bana Di Jodi, and Anushka feels working with Karan is a big achievement for her.

"I just think it reassures me that if you keep working hard you can turn opinion of people around. It is big of him to accept something on national TV and he said I take my words back - that's so sweet of him," the actress said.

Promoted
Listen to the latest songs, only on JioSaavn.com
She added: "I always wanted to be part of Karan's film so I don't care what happened before. Someone who didn't want me to be in any films and taking me in his own film is a big achievement."