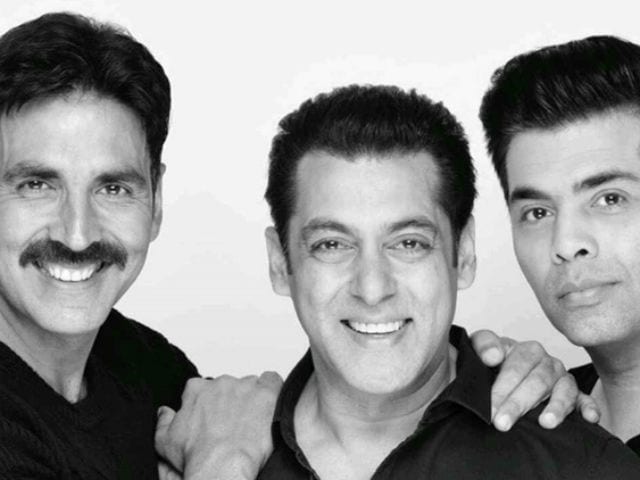 Akshay and Salman have worked together in Mujhse Shaadi Karogi (Image courtesy: akshaykumar)

New Delhi: Actor Akshay Kumar, who is all set to star in a Karan Johar and Salman Khan co-produced film hopes that the project is a "very good one". Karan's Dharma Productions and Salman's Salman Khan Films will back the film, which will be directed by Anurag Singh. The trio together announced about the film on social media on Monday. "I am very excited to be a part of the film, and (I am) hoping that a very good film is going to be made," said Akshay to news agency IANS. Akshay, 49, was last seen in Rustom and is now prepping for four releases this year.

Here's what Akshay said about teaming up with Karan and Salman.

Coming together for a film produced by friends, @BeingSalmanKhan and @karanjohar, starring me! Out in 2018. pic.twitter.com/aOyfZS4p94

In 2016, Akshay gave some hit films like Airlift, Housefull 3 and Rustom. This year, the superstar will be seen first inJolly LLB 2, then in Toilet Ek Prem Katha with Bhumi Pednekar. Next up is 2.0 with Rajinikanth, which releases around Diwali and then a film based on Arunachalam Muruganantham titled Pad Man.

Salman Khan and Akshay Kumar have co-starred in the 2003 film Mujhse Shaadi Karogi. Karan, Salman and Akshay were recently seen together at 2.0s first look launch, where Karan played master of ceremonies and Salman was a surprise guest.

Promoted
Listen to the latest songs, only on JioSaavn.com
Meanwhile, Karan also expressed his excitement about working with Akshay and Salman. Her wrote: "Supremely excited to co-produce with Salman Khan on a film starring Akshay Kumar and directed by Anurag Singh. Releasing 2018."

Supremely excited to coproduce with @BeingSalmanKhan#SKF on a film starring @akshaykumar directed by Anurag Singh...releasing 2018! pic.twitter.com/QAUrcecxjx

Truly a fraternity feeling when friends come together to make a special film!!! pic.twitter.com/Q2dgM8yEvG