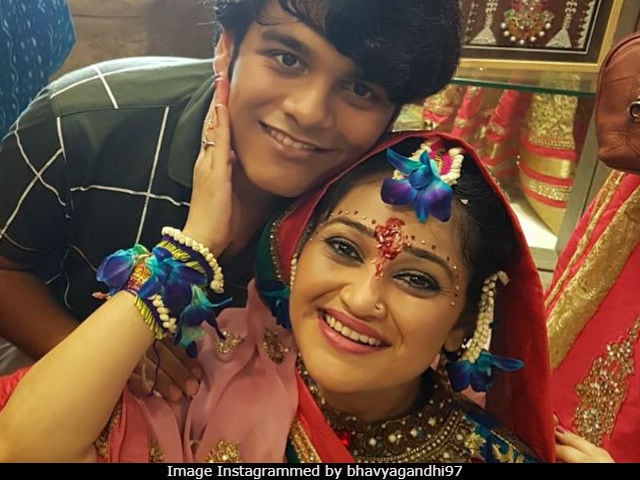 New Delhi: Actress Disha Vakani, who is best known for portraying Dayaben Gada in the popular sitcom Taarak Mehta Ka Ooltah Chashmah, was recently thrown a baby shower, pictures of which have been shared on social media. It appears that Disha Vakani's baby shower was attended by members of the Taarak Mehta cast and crew. Bhavya Gandhi, who features as Dayaben's onscreen son Tipendra Gada, roped in the actress for a picture, only to share it on Instagram with an adorable caption. "Glad to be a part of my "reel" mother's "real" baby shower ceremony," is what Bhavya Gandhi shared on Instagram. Disha Vakani is expecting her first child.

Here are pictures from inside the baby shower.

Glad to be a part of my "reel" mother's "real" baby shower ceremony.

Earlier this year, it was reported that Disha Vakani was to quit Taarak Mehta Ka Ooltah Chashmah ahead of the baby's arrival but was retained by the makers, keeping the character's popularity in mind. The producers of Taarak Mehta Ka Ooltah Chashmah told mid-day that Disha Vakani has been requested to remain part of the show and has been offered an extended maternity leave.

Promoted
Listen to the latest songs, only on JioSaavn.com
Ahead of Disha Vakani's leave period, shooting routines have also been rescheduled to fit in five to six episodes a day. "This ensures that she doesn't have to keep returning to the set. Makers have taken close-ups shots and will also arrange shoots at her home," I>Taarak Mehta Ka Ooltah Chashmah producer Asit Modi told mid-day.