A new song from Welcome To New York was released today 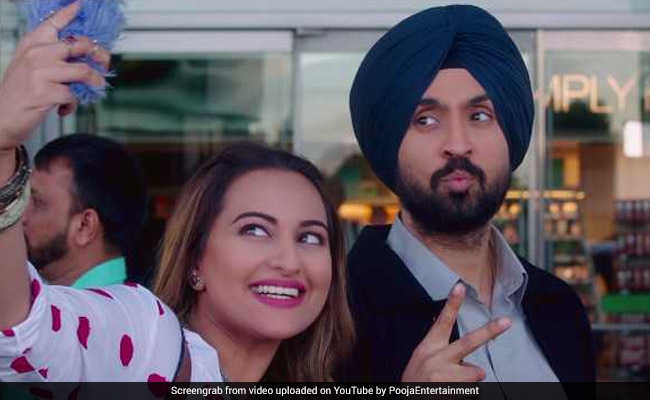 New Delhi: A new song from Diljit Dosanjh and Sonakshi Sinha's Welcome To New York has been released by the makers today. The song, which is titled Ishtehaar, will surely "connect your heart," says Diljit Dosanjh and we can't agree more. The soulful number has been sung by Rahat Fateh Ali Khan and will soon become your favourite. Ishtehaar features Sonakshi and Diljit's cute love story in the film. The song is composed by Shammi Tandon and the lyrics have been written by Charanjeet Charan. Sonakshi Sinha also shared the song on Twitter and wrote: "The song will touch your soul and take over your playlist."

Without much-ado listen to Ishtehaar from Welcome To New York.


Of the song, Rahat Fateh Ali Khan, said, "Ishtehaar is a beautiful soulful rendition and it was a pleasure to sing to the music of Shamir ji and collaborate with Puja Music for this song. Shammi ji has beautifully composed the song with Charanjeet ji's lyrics giving it that magical touch," reports Indian Express.

Recently, the makers of Welcome To New York released the trailer and promised the film to be a laugh riot. The film features Sonakshi Sinha as a 'dhinchak designer' and Diljit Dosanjh as a 'Gabru hero' in addition to Karan Johar (in a double role?), Riteish Deshmukh, Boman Irani and Lara Dutta. Baahubali star Rana Daggubati and MS Dhoni: The Untold Story actor Sushant Singh Rajput also star in the film.


Earlier, director Chakri Toleti, said in a statement: "We have an extraordinary cast in our film, but the beauty is how they complement each other. It was a pleasure working with such talented actors, especially in comedy, timing is everything."