Of Course, Ileana D'Cruz Is Dreaming Of Beaches. Duh! 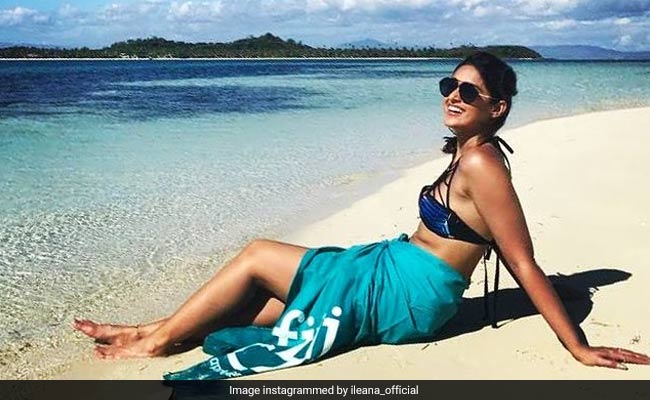 Ileana D'Cruz is a fan-favourite not just for her stunning pictures but also for the much-needed reality checks that she often gives followers on Instagram. Now, the actress has spoken for all of us in her latest social media post. The glamorous diva has shared a picture in which she has declared that she is mentally on the beach. Relatable much? In the black-and-white image, Ileana is seen standing on a balcony looking away from the camera. Dressed in a floral dress, Ileana D'Cruz is a vision for fore eyes. In the caption, she wrote, “Mentally on the beach.” Fans of the actress loved the picture and dropped heart emojis in the comment section.

Proving just how much she loves the beach, Ileana D'Cruz previously uploaded a selfie of herself in a swimsuit, dreaming about the sand and the sea. “Longing for sun days again,” her caption read. Reacting to the image, actress Nargis Fakhri dropped heart and fire emojis. Nargis Fakhri and Ileana have worked together in Main Tera Hero.

A few days ago, Ileana D'Cruz reminded her Instafam to put themselves first and preached self-love. Sharing a selfie, Ileana wrote, “Self-love kinda day. Reminder to be kind to yourself…Also, give yourself a hug and thank your body for being a haven and for holding you up through rough times and stressful times. You're a mean fighting machine and today just sit back and enjoy the wonderful things you and your body can accomplish.”

And in a classic example of self-love, Ileana D'Cruz showed us just how excited she was about her upcoming birthday. “How I feel about my birthday being a little more than a month away,” she wrote, sharing the photo in which she is visibly excited.

Ileana D'Cruz began her career with the 2006 Telugu film Devadasu. She made her Bollywood debut with Anurag Basu's Barfi. Her notable works include Raid, Main Tera Hero, and Mubarakan, among others.