"Thank Your Body For Being A Haven": Ileana D'Cruz's Mantra For Body Positivity

"You're a mean fighting machine and today just sit back and enjoy the wonderful things you and your body can accomplish," wrote the actress 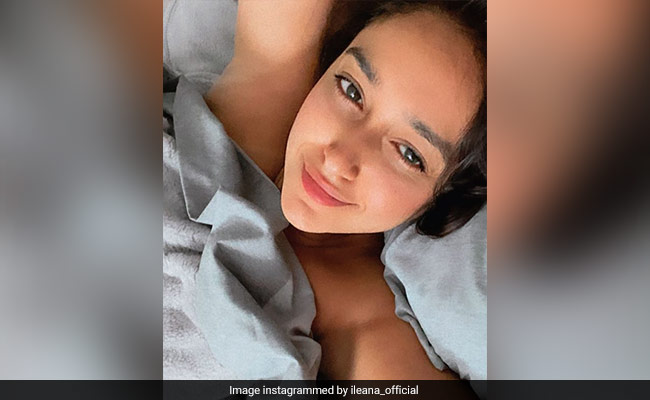 It was a "self-love kinda day" for Ileana D'Cruz. The actress, on Monday, posted a photo of herself right from her bed and shared her mantra for body positivity. She reminded her fans to "be kind to yourself" and wrote: "Self-love kinda day. Reminder to be kind to yourself...also give yourself a hug and thank your body for being a haven and for holding you up through rough times and stressful times...you're a mean fighting machine and today just sit back and enjoy the wonderful things you and your body can accomplish." Ileana D'Cruz has battled with Body Dysmorphic Disorder in the past. The actress often shares her views on accepting our bodies the way it is and posts notes on body positivity.

Ileana D'Cruz made her debut in Bollywood with Anurag Basu's Barfi! She worked alongside Ranbir Kapoor and Priyanka Chopra in the film. After Barfi!, Ileana featured in several Hindi films like Phata Poster Nikla Hero, Rustom and Happy Ending among others. Ileana was last seen in the 2021's The Big Bull. It was directed by Kookie Gulati and featured Abhishek Bachchan in the lead role.

Ileana D'Cruz is best-known for her work in Telugu and Tamil films. She made her acting debut with the 2006 Telugu movie Devadasu and went on to work in movies like Khatarnak, Kedi, Munna, Bhale Dongalu, Rechipo, Nenu Naa Rakshasi and Nanban, to name a few.

The actress has a film titled Unfair And Lovely with Randeep Hooda lined up.