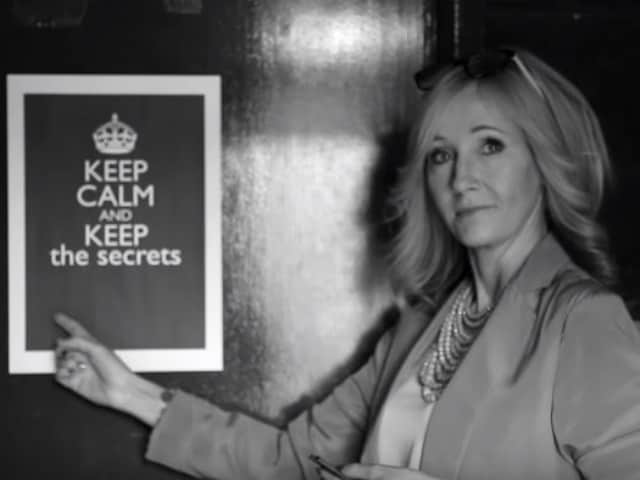 JK Rowling in a still from the video shared on YouTube.

London: Author JK Rowling has sent out a plea to fans to keep the plot of the play Harry Potter and the Cursed Child a secret.

Previews of the production began on June 7 at the Palace Theatre in London's West End, before it officially opens on June 30. The 50-year-old shared a video and wrote, "Potter fans have always had each other's backs. Today I'm asking you to keep the secrets of Harry Potter and the Cursed Child."

"You've been amazing for years at keeping Harry Potter secrets so you didn't spoil the books for readers who came after you," Ms Rowling said in the video message.


After the first preview on the play, J K Rowling, 50, tweeted on Wednesday:

So, reaction to first preview was... wonderful. Feedback is fans really do want to #KeepTheSecrets for each other's sake. #DontBeWormtail