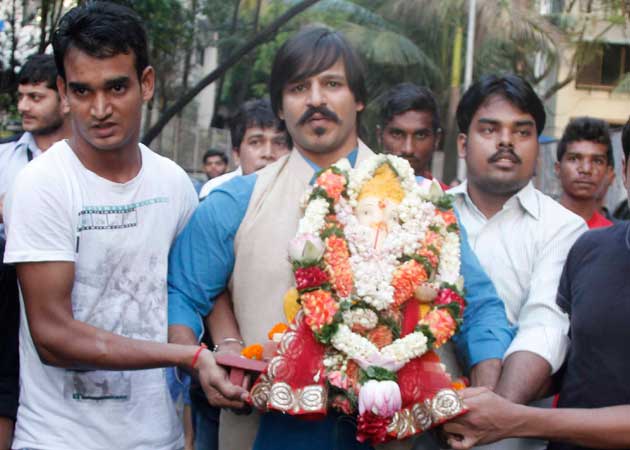 Vivek Oberoi walks with a Ganesha idol near his home

Actor Vivek Oberoi, who is back in action after a long break, now wants to produce films and says "language is not a barrier".

"Yes, I am looking forward to produce films. I am reading scripts and as a creative person, language is not a barrier for me. I am open to producing films in different languages," Vivek said in an interview.

Post Krrish 3, the 38-year-old was on a sabbatical to spend time with his family. All recharged, Vivek is not only looking forward to produce, he is also excited about his acting assignment Bank Chor.

"I had taken a break for four months after the success of Krrish and Grand Masti as I wanted to spend some quality time with my family. Now, I am reading scripts and looking forward to Bank Chor," said the actor who has a son with wife Priyanka Alva.

Vivek, who teams up with Riteish Deshmukh in Bank Chor, said: "I am looking forward to be part of Bank Chor. Riteish and I have 100 per cent box office record and I am more than excited to work with him again. My new look with a moustache is for the film." (Also Read: The actor feels he has more clarity in life now)

Promoted
Listen to the latest songs, only on JioSaavn.com
Bank Chor is a Yash Raj Films production and Vivek last worked with the banner in 2002 for their hit film Saathiya.

"After 12 years I will be working with Yash Raj post Saathiya. It was sweet of Adi (Aditya Chopra) to call me," said the star of hits like Company and Yuva.