"Sorry, it was your Bhabhi," Ranveer Singh announced after disconnecting the call with Deepika Padukone 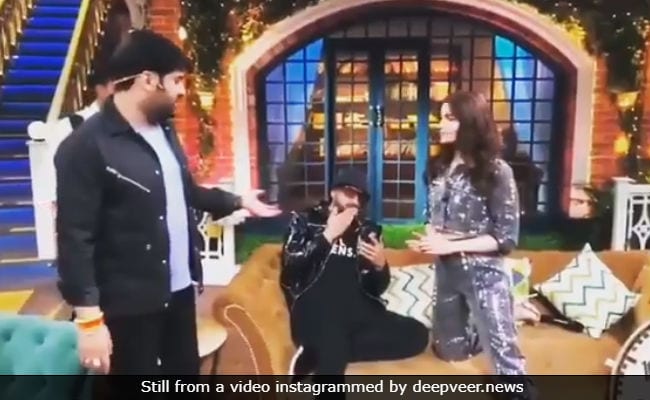 A video showing Ranveer Singh distracted by a video call with his actress wife Deepika Padukone while being introduced by Kapil Sharma during the promotion of his upcoming film Gully Boy is doing the rounds on social media. Ranveer and his co-star Alia Bhatt were promoting Gully Boy on the sets of The Kapil Sharma Show. In the now viral clip, Ranveer Singh can be seen talking to an unseen person, whom he later reveals is Deepika, as Kapil introduces him as the hero of Gully Boy amidst loud cheers from the audience. Ranveer had eyes only for Deepika and finally, when Kapil Sharma said, 'look how busy he is,' did Ranveer Singh end the call with flying kisses. He jumped to his feet and announced to the audience with a smile on his face, "Sorry, it was your bhabhi."

Instagram users can't get enough Deepika and Ranveer's romance. Comments such as "adorable, you two" were posted in plenty.

Ranveer Singh is currently promoting Gully Boy in full swing with co-star Alia Bhatt. Ranveer plays the role of a rapper from the slums of Mumbai who becomes a big name in the world of homegrown rap and hip-hop music.

Gully Boy is directed by Zoya Akhtar and it opens in cinemas on February 14.