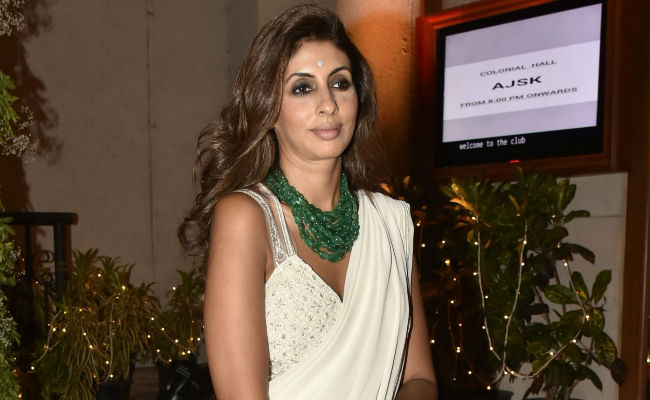 New Delhi: You can take a Bachchan out of Bollywood, but you can't take Bollywood out of a Bachchan - yes, we're talking about Shweta Bachchan Nanda. The 44-year-old daughter of Amitabh Bachchan and Jaya Bachchan stunned the guests at designer Sandeep Khosla's niece Saudamini Mattu's wedding reception on Saturday night with her full-on Bollywood moves as she danced to Pallo Latke from Shaadi Mein Zaroor Aana. Shweta, dressed in a white saree, grooved with minimal inhibitions (she seemed to have forgotten a few steps but she improvised) and of course, the crowd, which comprised the creme de la creme of Bollywood, cheered her on. Shweta's parents and sister-in-law Aishwarya Rai Bachchan were also there.

Later, Jaya Bachchan also joined her daughter but it was Shweta's show out and out.

Shweta Bachchan Nanda never pursued a career in films but she is all set to become a published author come October. Her first novel, Paradise Towers, will hit the bookshelves soon. She'll be the second author in her family after her grandfather Harivanshrai Bachchan, who was a renowned poet.

Promoted
Listen to the latest songs, only on JioSaavn.com
In fact, Shweta wasn't the only super-duper performer of night. Sara Ali Khan, who is awaiting her Bollywood debut (she has signed two films), danced to Saat Samundar Paar from Vishwatma while Karan Johar grooved to Radha from his film Student Of The Year.

Whose performance did you like the best? Tell us in comments.