"Have a good life in cinema- will miss you lots," wrote Shah Rukh Khan Shah Rukh Khan, who has quite a bit of a reputation for winning hearts of fans, did it once again. On the sets of Pathaan, the actor wrote a handwritten letter to one of the assistant directors. Abhishek Anil Tiwari, the aforementioned AD, shared a picture of the note written by SRK on his Instagram stories and the picture is going viral. SRK's note read: "To Abhishek, Thank you for making Pathaan. Such a wonderful experience for all of us, especially me. You are a gem my man. The hard work, efficiency, and smiles with which you pulled off such difficult work is much appreciated. Also I love the fact that you love your drinks man. Have a good life in cinema- will miss you lots." SRK signed off the letter by writing "love" and his signature.

Here's the letter that SRK wrote: 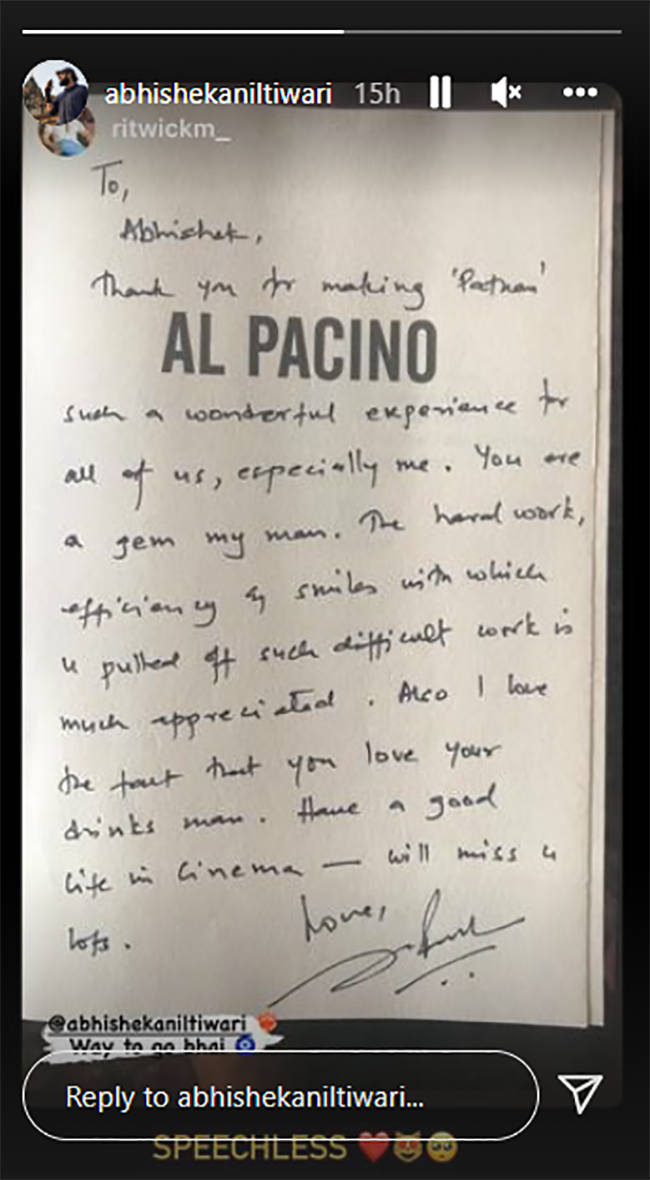 Pathaan, which also features John Abraham and Deepika Padukone, is slated to release on January 25, 2023, in Hindi, Tamil and Telugu.

A few weeks ago, Pathaan director Siddharth Anand said this about the Spain schedule of the film, "The Spain schedule of Pathaan has turned out beyond what we had envisaged and we are absolutely thrilled about it! This is a film that commands massive scale and I'm very happy with what we achieved! This is going to be a visual treat for the audiences. The fact that we could finally pull off such a magnificent Spain schedule without any hassle whatsoever is a huge feat for the entire production," reported ANI.

Other than that, Shah Rukh Khan also backed the film Love Hostel, which starred Bobby Deol, Sanya Malhotra and Vikrant Massey in the lead roles.