In His Shout Out To Beast Tweet, Shah Rukh Khan Hints At Working With Atlee 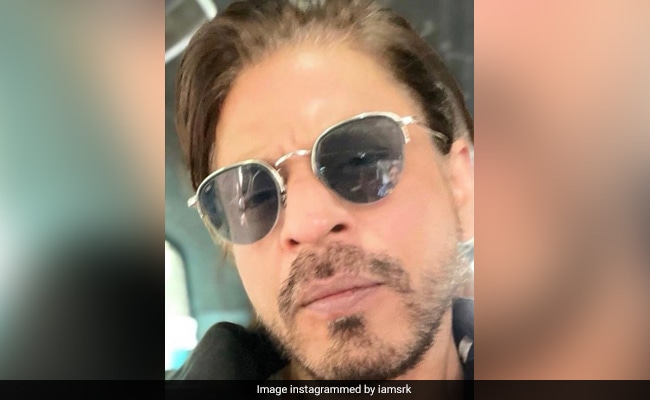 Did Shah Rukh Khan just confirm his association with filmmaker Atlee for a project? The actor, on Tuesday, shared a tweet, where he gave a shout out to the trailer of Beast, featuring Vijay and Pooja Hegde. In his tweet, SRK also kind of hinted at a possible collaboration with Atlee. In a tweet praising the trailer, Shah Rukh mentioned that he is "sitting with Atlee," discussing the trailer of Beast. His tweet read: "Sitting with Atlee, who is as big a fan of Vijay as I am. Wishing the best for Beast to the whole team...trailer looks meaner.... Leaner... stronger."

Sitting with @Atlee_dir who is as big a fan of @actorvijay as I am. Wishing the best for beast to the whole team...trailer looks meaner.... Leaner... stronger!!https://t.co/dV0LUkh4fI

It was previously reported that Shah Rukh Khan will be seen in Atlee's directorial, also featuring Nayanthara and Sanya Malhotra. An Indian Express report quoted a source as saying last year, "While SRK started working on the film last week, Nayanthara joined a couple of days ago. It is also being said that Telugu superstar Rana Daggubati will play the antagonist in the film and he will join the cast later." The movie also stars Sunil Grover reportedly.

Shah Rukh Khan, who has been fairly active as a producer in the last few years, was last seen in 2018 film Zero, co-starring Anushka Sharma and Katrina Kaif. He has also co-produced Alia Bhatt's Darlings, which marks her debut as a film producer. He also backed the standalone film on Bob Biswas, featuring Abhishek Bachchan in the titular role, which released last year. He also backed the film Love Hostel, which starred Bobby Deol, Sanya Malhotra and Vikrant Massey in the lead roles.