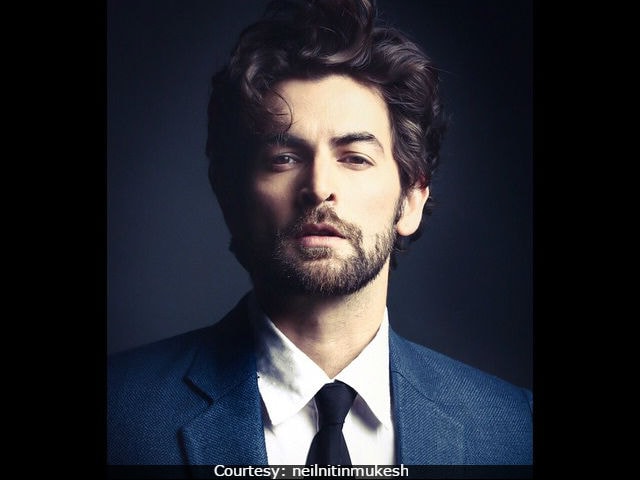 New Delhi: Actor Neil Nitin Mukesh looks uncannily like politician Sanjay Gandhi in a still from the film Indu Sarkar that has emerged on social media. Who knew? Very little about director Madhur Bhandarkar's new film about the Emergency was known except that shooting began in December. The still that is being circulated now shows Neil Nitin Mukesh in glasses and white kurta whispering to actress Supriya Vinod, who sports Indira Gandhi's distinctive streak of white in her hair. The pose recreates an old photo of Mrs Gandhi and her son. Director Madhur Bhandarkar has offered no comment except for a tweet in which he writes he's 'glad' that both the film and the actor are trending. #NeilNitinAsSanjayGandhi was a top trend on Twitter.

The film still juxtaposed with the old photo of the Gandhis appear to have been accessed exclusively by mid-day and since circulated online:

We can expect some ultimate performance. #NeilNitinAsSanjayGandhipic.twitter.com/XmFhL59mhb

Neil Nitin Mukesh's transformation into Sanjay Gandhi relied on prosthetics. A source told mid-day, "Great efforts were taken to ensure that he looks like a carbon copy of Sanjay Gandhi. Neil has also been reading up a lot on the Gandhis and the Emergency period to prep for his role."

Indu Sarkar covers the Emergency that then-Prime Minister Indira Gandhi imposed in 1975. Sanjay Gandhi died in 1980. Actress Kirti Kulhari, who starred in last year's acclaimed film Pink, plays the lead role, reportedly of a poetess who rebels against the censorship and curtailment of civil liberties that the Emergency led to. Indu Sarkar also stars Anupam Kher.

Last December, Mr Bhandarkar tweeted the poster of the film:

Promoted
Listen to the latest songs, only on JioSaavn.com
Shooting wrapped last month:

Reliving the era of the 70's for 41 days was fantabulous.Thank you to my enitre cast & crew for being an indispensable part of this journey. pic.twitter.com/zceXiBuQ7x