Viral: Nearly 80, Ranjeet Danced To This Sholay Song With Daughter

"Only my daughter can make me dance (on her fingers)," wrote Ranjeet 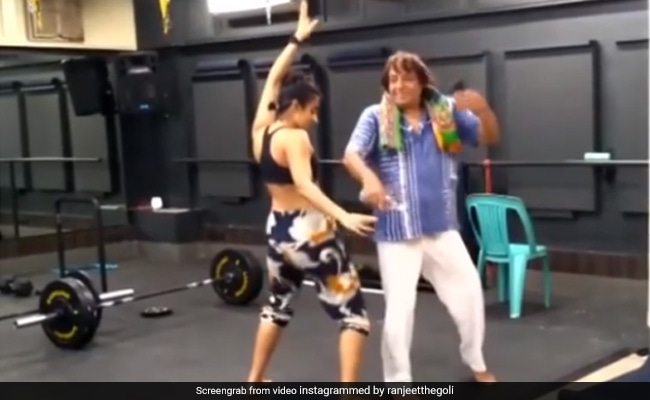 Ranjeet with his daughter in a still from the video. (courtesy ranjeetthegoli )

Veteran actor Ranjeet surprisingly found a spot on the list of trends on Wednesday, after he uploaded a video of himself dancing with his daughter. In the video, the father-daughter duo could be seen dancing to the song Mehbooba Mehbooba from the 1975 classic Sholay. The iconic song featured Helen and had RD Burman's music. Sharing the video on his Instagram profile, Ranjeet wrote: "Nearing 80 years, only my daughter can make me dance (on her fingers)." Tiger, whose father Jackie Shroff worked with Ranjeet in the 1983 film Hero, was the first celebrity to comment on the video. He wrote: "Amazing, Goli uncle, looking great." Tiger also added a heart emoji. Besides Tiger, Ranjeet's Instafam also loved his performance. "This is so cute," wrote a fan, "Mind blowing papa Ranjit," wrote another fan, referring to his character's name in the Housefull series. "Father daughter love is amazing always... Damn cute," wrote another Instagram user.

Nearing 80 yrs, only my daughter can make me dance (on her fingers)

Ranjeet was one of the most popular villains of the 70s and 80s in Bollywood films. He appeared in films like Amar Akbar Anthony, Muqaddar Ka Sikandar, Suhaag, The Burning Train, Laawaris, Rocky, Kishen Kanhaiya, Hulchul, Himalay Se Ooncha and Dharam Veer, to name a few.