Justin wrote, "I went from (being) one of the most loved and adored people in the world to the most ridiculed, judged, and hated person in the world." 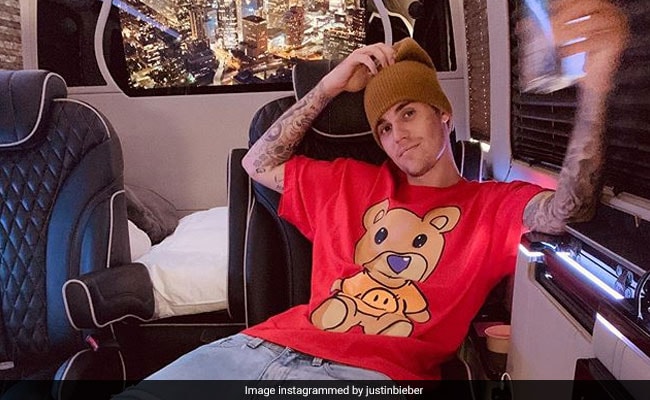 Singer Justin Bieber opened up about battling drug abuse at the age of 19 and dealing with suicidal thoughts in a lengthy post on Instagram, which is now going viral on social media. The Never Say Never singer talked about having 'access to millions of dollars' at an early age when he wasn't ready to take responsibility. Speaking about dealing with suicidal thoughts, the 25-year-old singer wrote, "...When it feels like trouble after trouble after trouble... you start foreseeing your day through the lenses of 'dread' and anticipate another bad day... Sometimes, it can even get to the point where you don't even want to live anymore."

The Love Yourself singer wrote about battling drug abuse and what went wrong in his relationships in the past, "I started doing pretty hard drugs at 19 and abused all of my relationships. I became resentful, disrespectful and angry towards women. I became distant to everyone who loved me and I was hiding behind a shell of a person that I had become."

Justin Bieber also wrote in detail about dealing with stardom as a teenager and how it turned his life upside down. Justin said that he became popular by the time he was 13-year-old (he recorded his first single One Time when he was 15) and added that by the time he was 20, he made some 'bad decisions' which made him 'the world's most ridiculed, judged and hated person.'

Justin Beiber, who is married to television personality Hailey Baldwin, said that it took 'years to bounce back from all the terrible decisions and change relationship habits.' He wrote, "Luckily God blessed me with extraordinary people who love me for me. Now, I'm navigating the best season of my life - Marriage. "